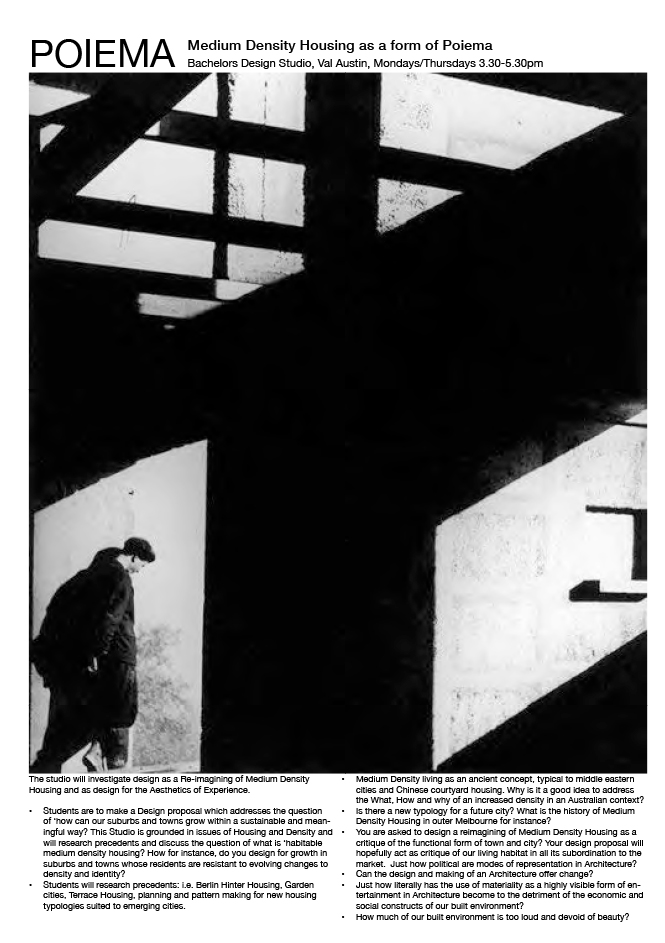 The studio will investigate design as a Re-imagining of Medium Density Housing and as design for the Aesthetics of Experience.

• Students are to make a Design proposal which addresses the question of ‘how can our suburbs and towns grow within a sustainable and mean-ingful way? This Studio is grounded in issues of Housing and Density and will research precedents and discuss the question of what is ‘habitable medium density housing? How for instance, do you design for growth in suburbs and towns whose residents are resistant to evolving changes to density and identity?