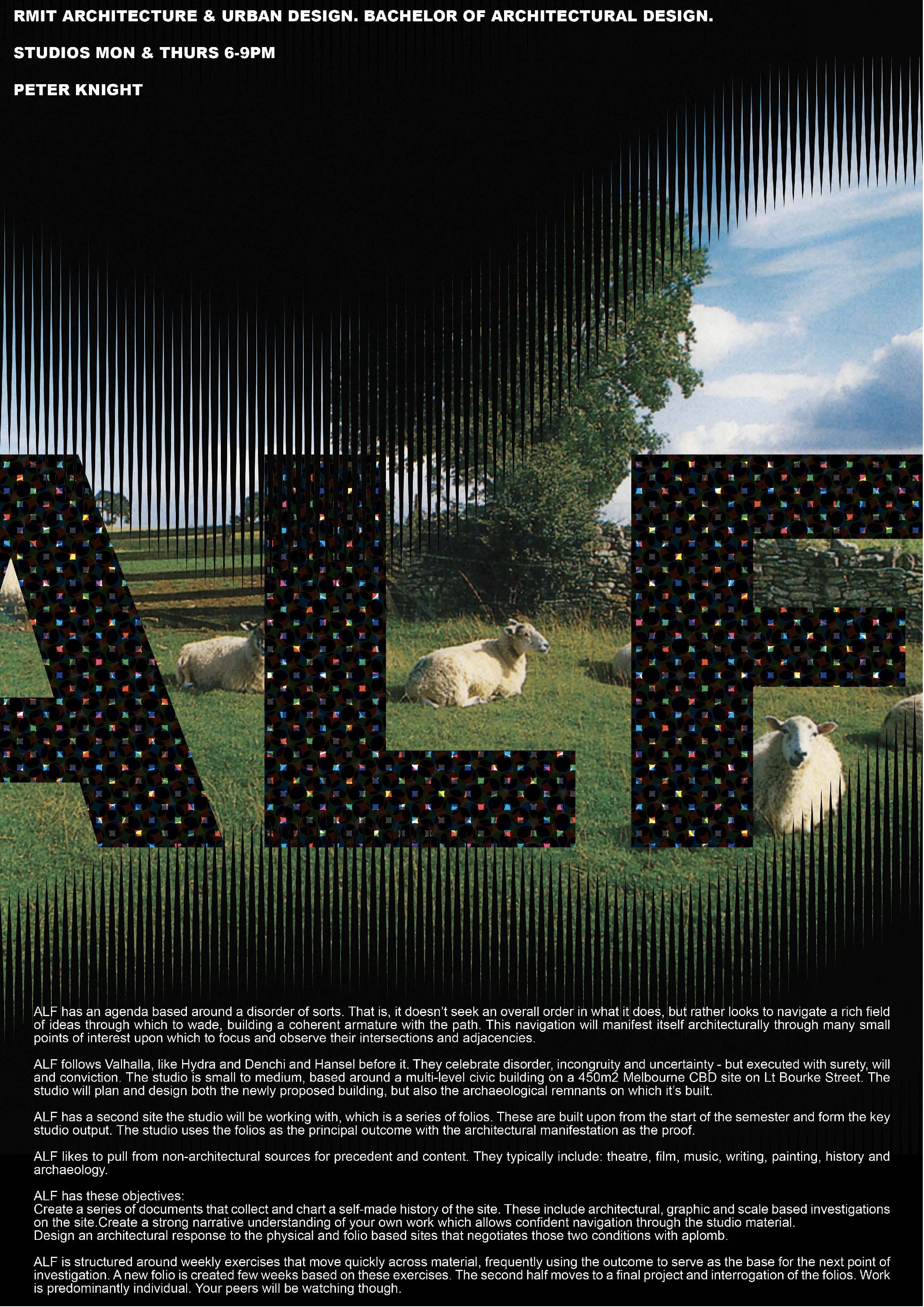 ALF has an agenda based around a disorder of sorts. That is, it doesn’t seek an overall order in what it does, but rather looks to navigate a rich field of ideas through which to wade, building a coherent armature with the path. This navigation will manifest itself architecturally through many small points of interest upon which to focus and observe their intersections and adjacencies.

ALF follows Valhalla, like Hydra and Oenchi and Hansel before it. They celebrate disorder, incongruity and uncertainty – but executed with surety, will and conviction. The studio is small to medium, based around a multi-level civic building on a 450m2 Melbourne CBD site on Lt Bourke Street. The studio will plan and design both the newly proposed building, but also the archaeological remnants on which it’s built.

ALF has a second site the studio will be working with, which is a series of folios. These are built upon from the start of the semester and form the key studio output. The studio uses the folios as the principal outcome with the architectural manifestation as the proof.

ALF likes to pull from non-architectural sources for precedent and content. They typically include: theatre, film, music, writing, painting, history and archaeology.

ALF has these objectives:

Create a series of documents that collect and chart a self-made history of the site. These include architectural, graphic and scale based investigations on the site.
Create a strong narrative understanding of your own work which allows confident navigation through the studio material.

Design an architectural response to the physical and folio based sites that negotiates those two conditions with aplomb.
ALF is structured around weekly exercises that move quickly across material, frequently using the outcome to serve as the base for the next point of investigation. A new folio is created few weeks based on these exercises. The second half moves to a final project and interrogation of the folios. Work is predominantly individual. Your peers will be watching though.