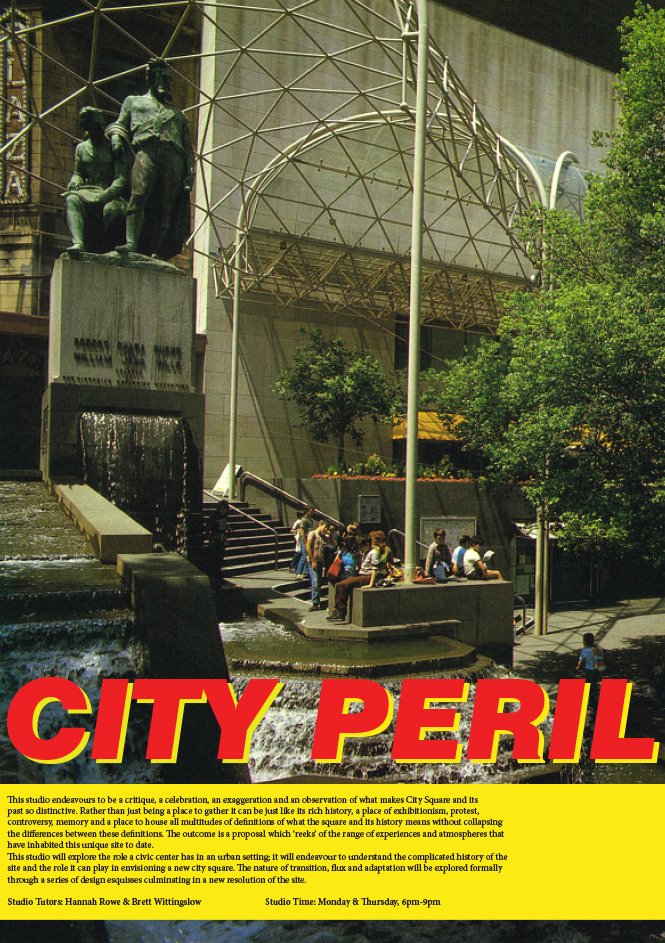 This studio endeavours to be a critique, a celebration, an exaggeration and an observation of what makes City Square and its past so distinctive. Rather than just being a place to gather it can be just like its rich history, a place of exhibitionism, protest, controversy, memory and a place to house all multitudes of definitions of what the square and its history means without collapsing the differences between these definitions. The outcome is a proposal which ‘reeks’ of the range of experiences and atmospheres that have inhabited this unique site to date.
This studio will explore the role a civic center has in an urban setting; it will endeavour to understand the complicated history of the site and the role it can play in envisioning a new city square. The nature of transition, flux and adaptation will be explored formally through a series of design esquisses culminating in a new resolution of the site.