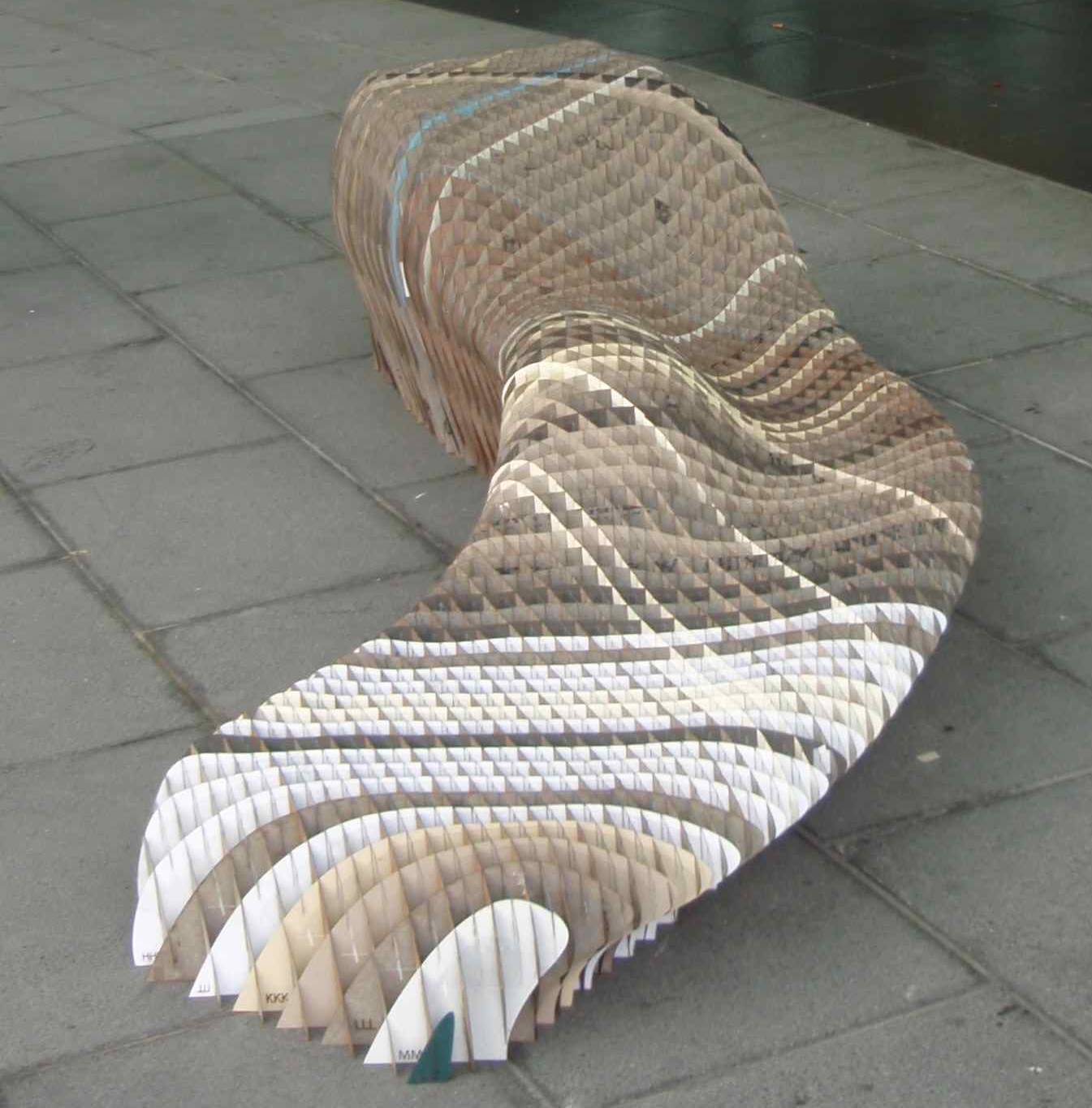 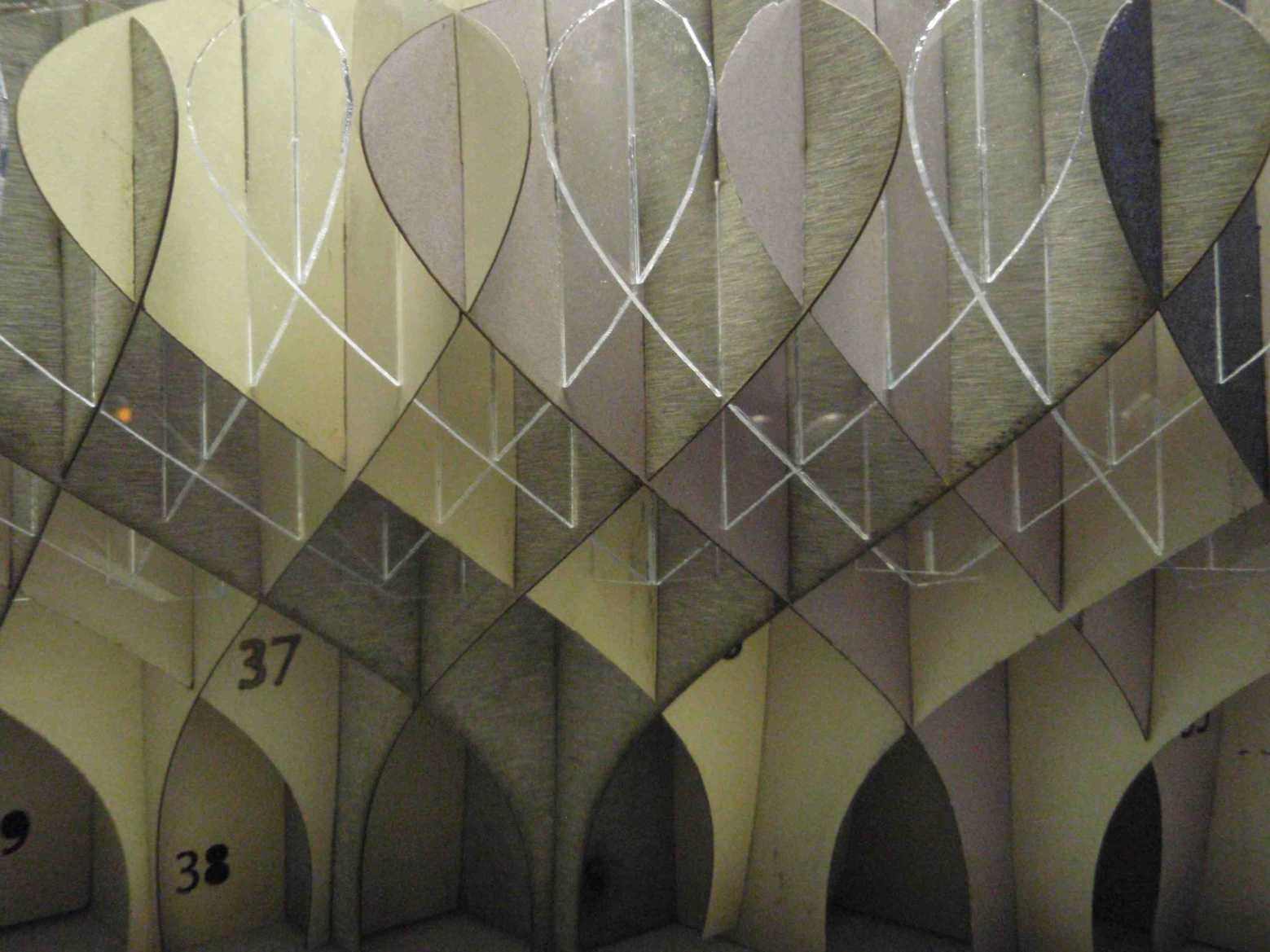 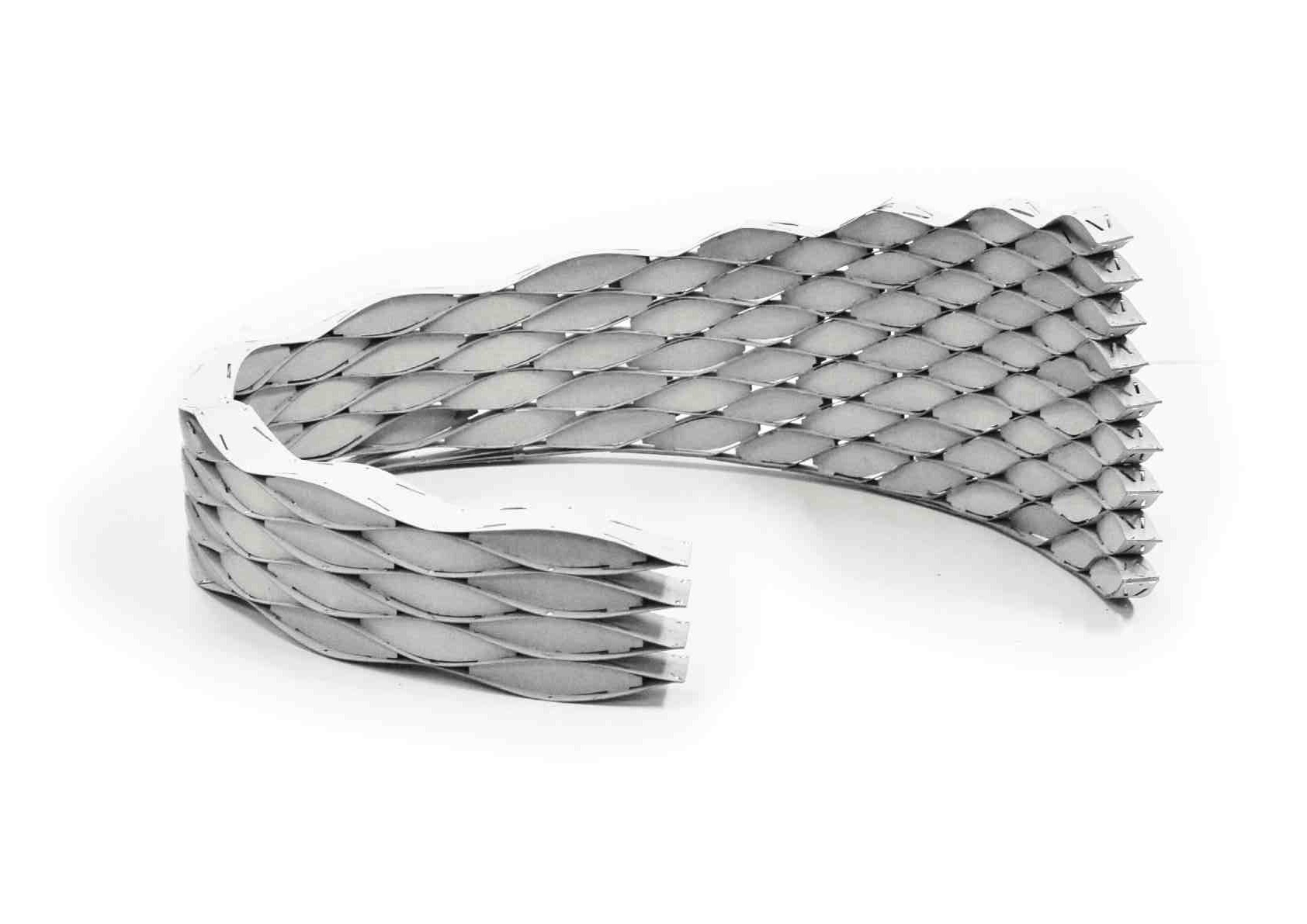 1:1 One [two] One – Urban Installations from Melbourne

One-two-One design studio at RMIT Architecture proposed to bridge the gap between London and Melbourne with “twin” installations constructed from recycled laminate sheets. The projects were designed for sites in Bankside, London and central Melbourne, conceived as a single space split by a 10,000-mile section cut. Laminate sheet material, a mass-produced paper-based product popularlised in the post-war period, is highly discarded each year for reasons unrelated to performance but due to shifts in consumer preference, manufacturing processes or surface appearance.

The One-two-One project proposes a series of full-scale projects for two international sites which reclaim this material from the local waste stream and retool it for architectural use. The process of lamination used in making the sheet material is experimented with at a variety of larger scales, from joinery to panel systems to architectural spaces. As such the projects introduce new applications for laminate sheets beyond the conventional surface veneer, including component-based systems and structural panels.

Each project develops a unique method of flat-packable assembly which conforms to standard international luggage dimensions and weights, designed from repeatable modules and light-frame structures as a form of ready-made architectural cargo.