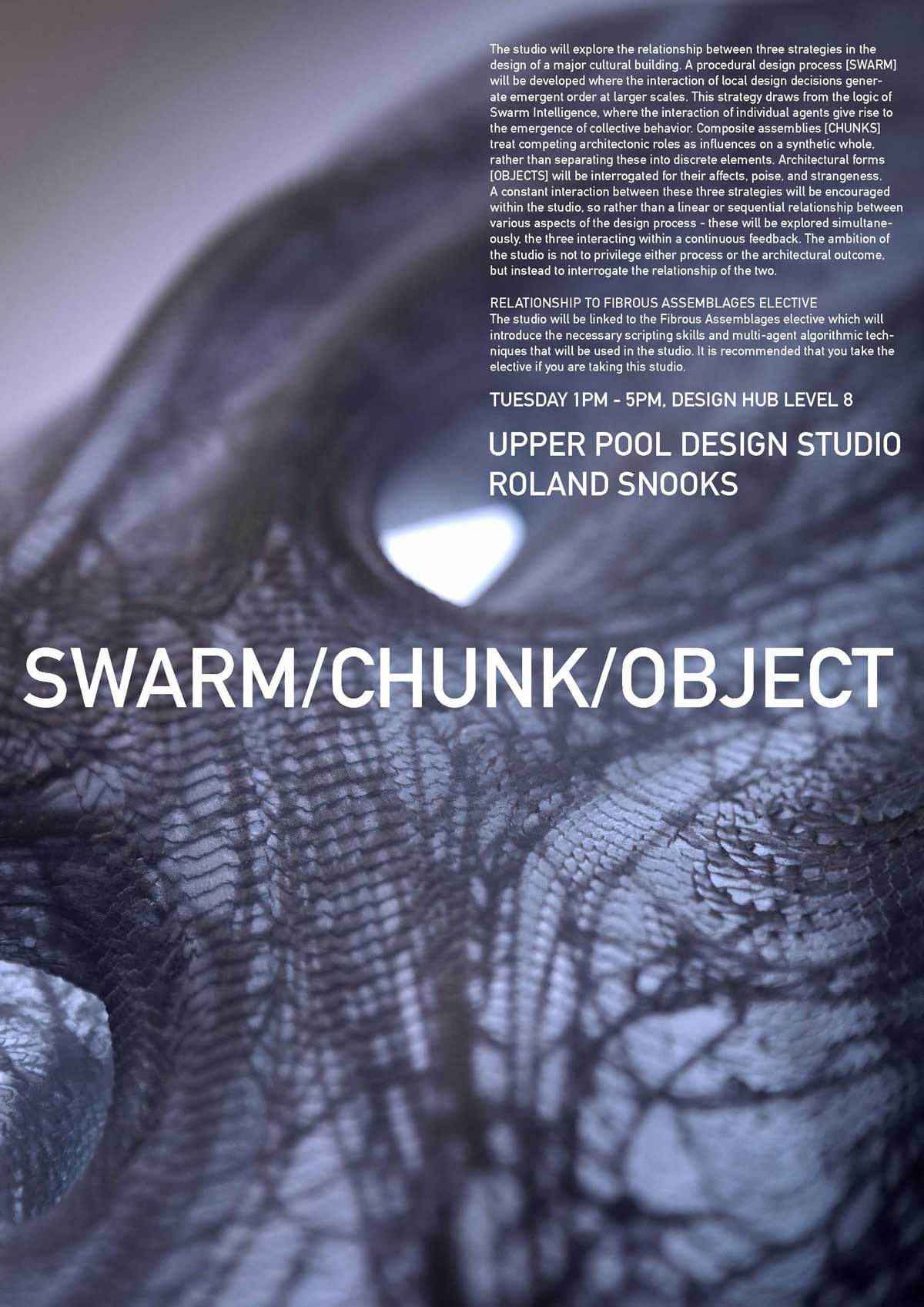 The studio will explore the relationship between three strategies in the design of a major cultural building. A procedural design process [SWARM] will be developed where the interaction of local design decisions gener­ate emergent order at larger scales. This strategy draws from the logic of Swarm Intelligence, where the interaction of individual agents give rise to the emergence of collective behaviour. Composite assemblies [CHUNKS] treat competing architectonic roles as influences on a synthetic whole, rather than separating these into discrete elements. Architectural forms [OBJECTS] will be interrogated for their affects, poise, and strangeness. A constant interaction between these three strategies will be encouraged within the studio, so rather than a linear or sequential relationship between various aspects of the design process – these will be explored simultane­ously, the three interacting within a continuous feedback. The ambition of the studio is not to privilege either process or the architectural outcome, but instead to interrogate the relationship of the two.