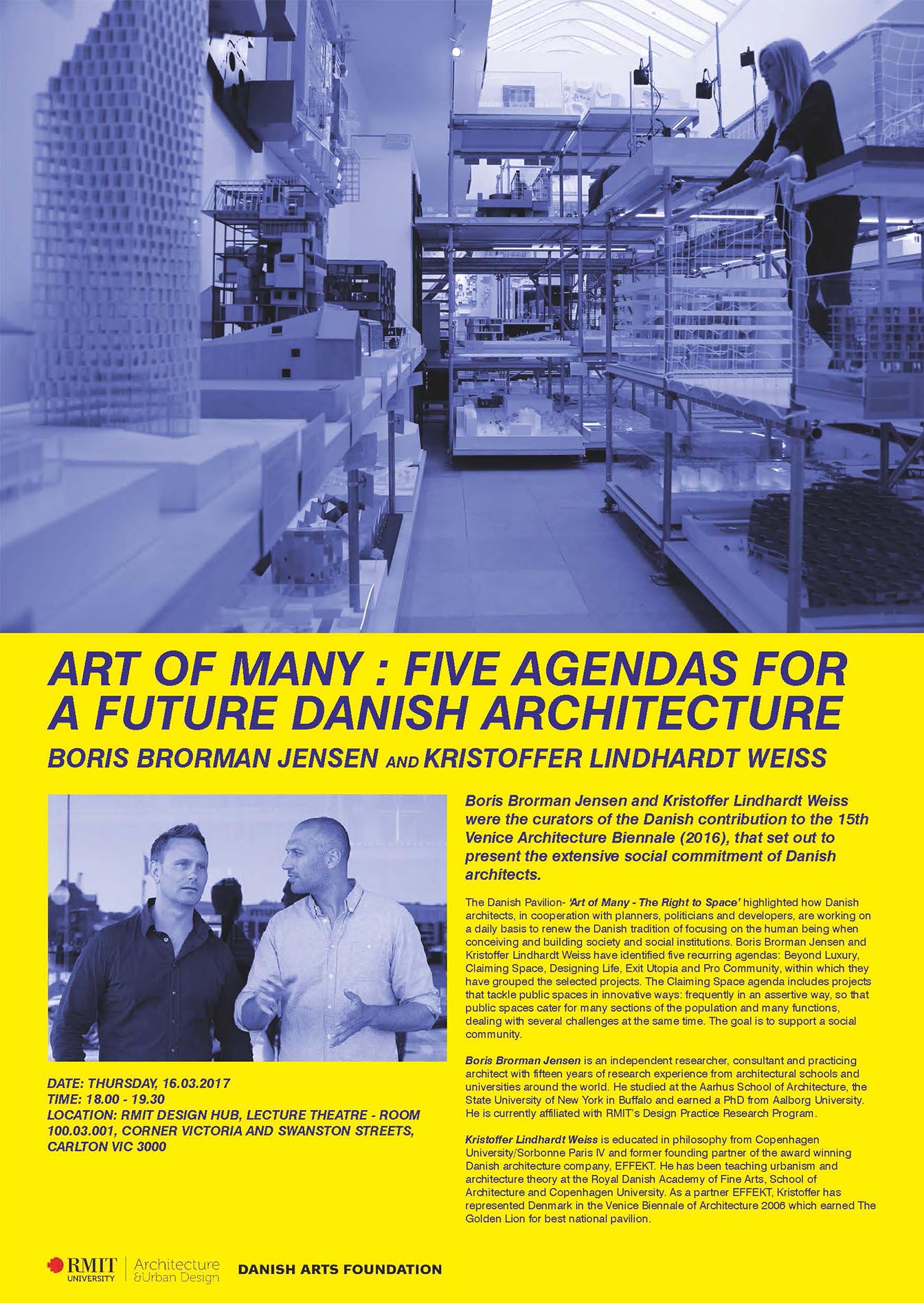 Art of Many : Five Agendas for a Future Danish Architecture Poster

Art of Many : Five Agendas for a Future Danish Architecture

ART OF MANY: FIVE AGENDAS FOR A FUTURE DANISH ARCHITECTURE

​Boris Brorman Jensen and Kristoffer Lindhardt Weiss were the curators of the Danish contribution to the 15th Venice Architecture Biennale (2016), that set out to present the extensive social commitment of Danish architects.

The Danish Pavilion- ‘Art of Many – The Right to Space’ highlighted how Danish architects, in cooperation with planners, politicians and developers, are working on a daily basis to renew the Danish tradition of focusing on the human being when conceiving and building society and social institutions. Boris Brorman Jensen and Kristoffer Lindhardt Weiss have identified five recurring agendas: Beyond Luxury, Claiming Space, Designing Life, Exit Utopia and Pro Community, within which they have grouped the selected projects. The Claiming Space agenda includes projects that tackle public spaces in innovative ways: frequently in an assertive way, so that public spaces cater for many sections of the population and many functions, dealing with several challenges at the same time. The goal is to support a social community.

Boris Brorman Jensen is an independent researcher, consultant and practicing architect with fifteen years of research experience from architectural schools and universities around the world. He studied at the Aarhus School of Architecture, the State University of New York in Buffalo and earned a PhD from Aalborg University.  He is currently affiliated with RMIT’s Design Practice Research Program.