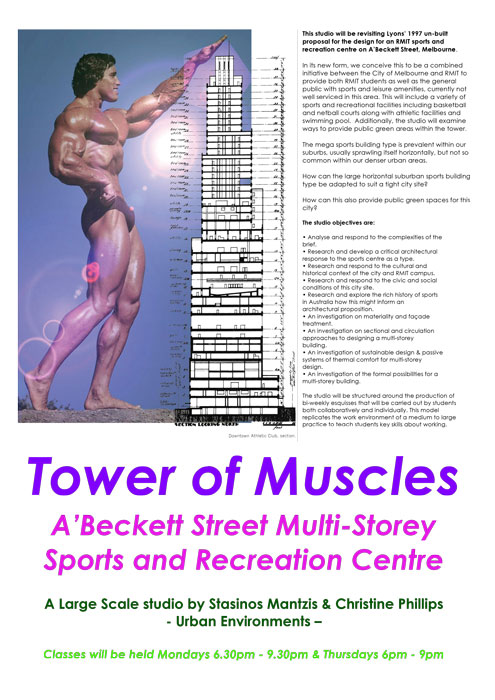 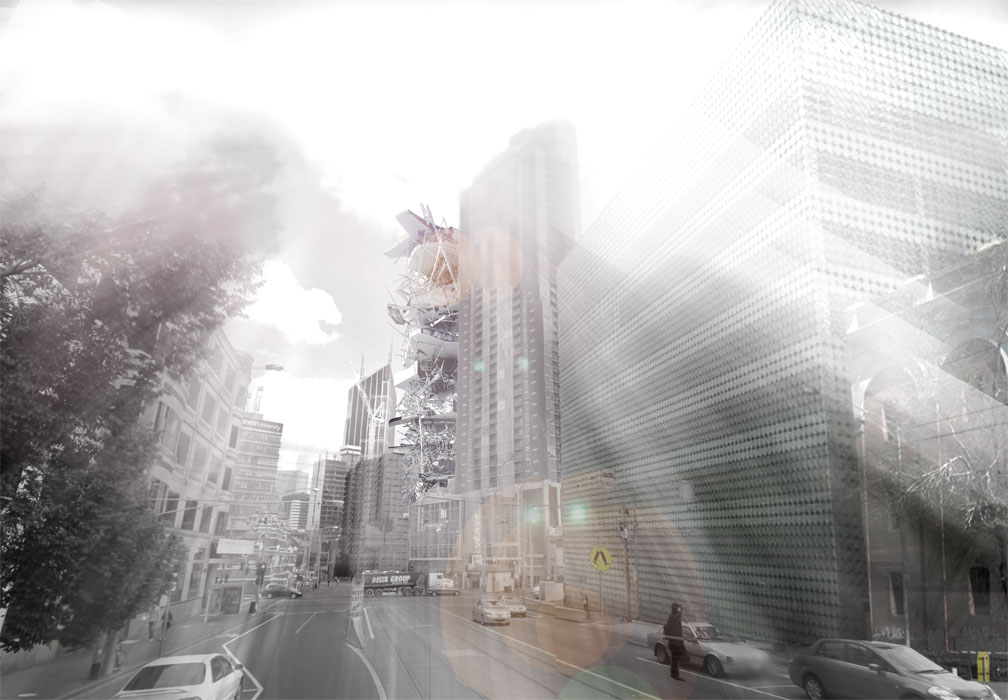 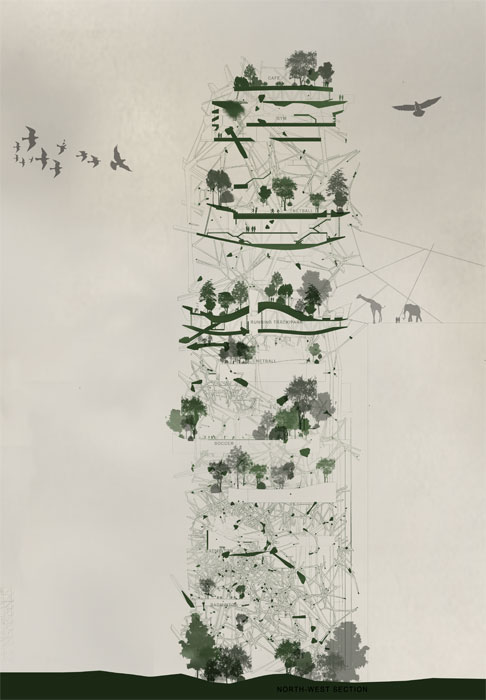 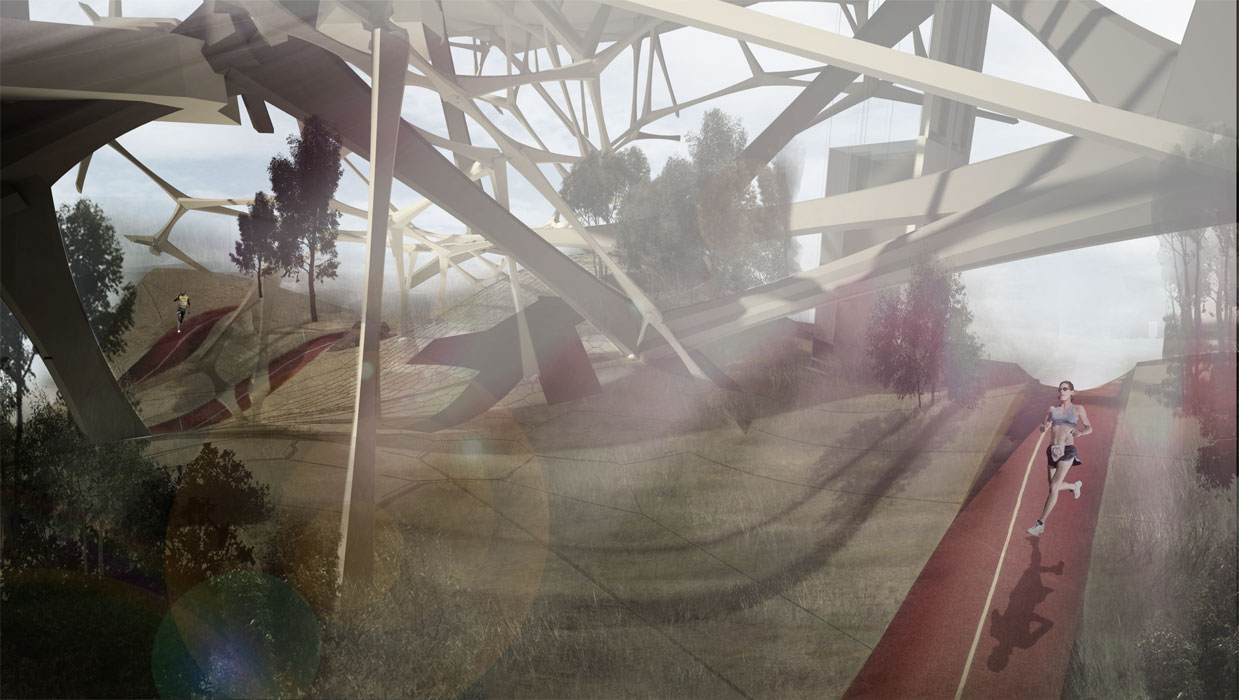 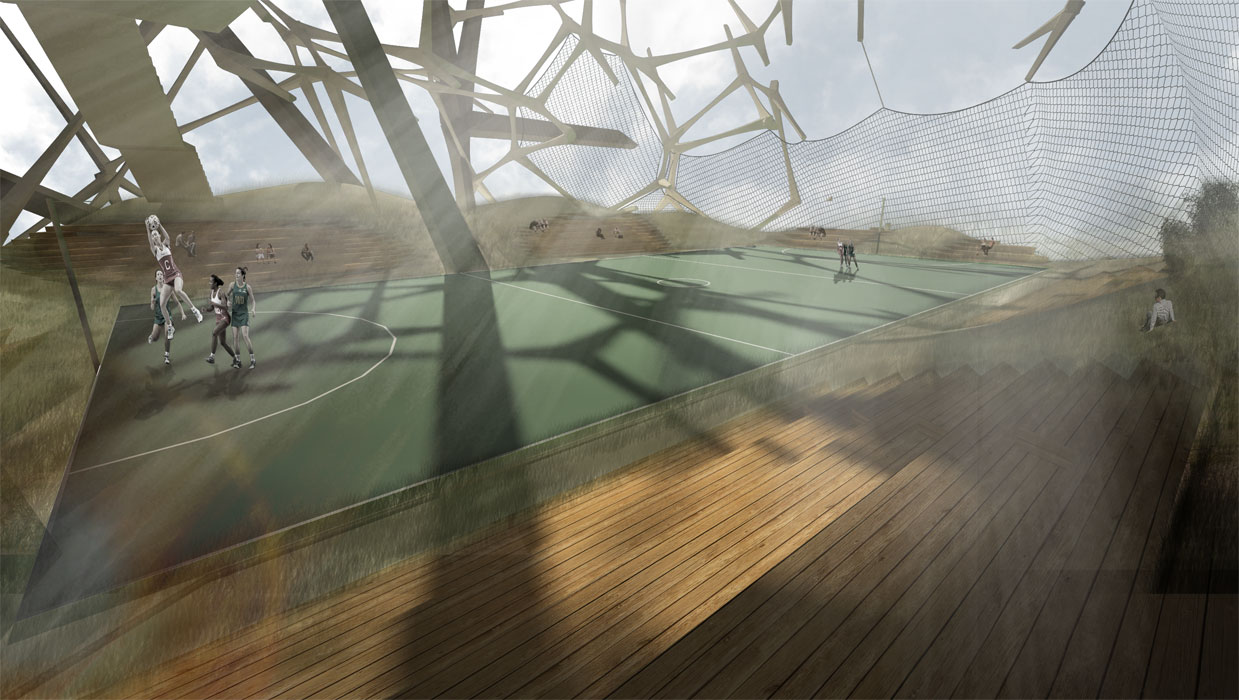 This studio revisted  Lyons’ 1997 un-built proposal for the design for an RMIT sports and recreation centre on A’Beckett Street, Melbourne. In its new form, it is a combined initiative between the City of Melbourne and RMIT to provide both RMIT students as well as the general public with sports and leisure amenities, currently not well serviced in this area.

This included a variety of sports and recreational facilities including basketball and netball courts along with athletic facilities and swimming pool. Additionally, the studio examined ways to provide public green areas within the tower.