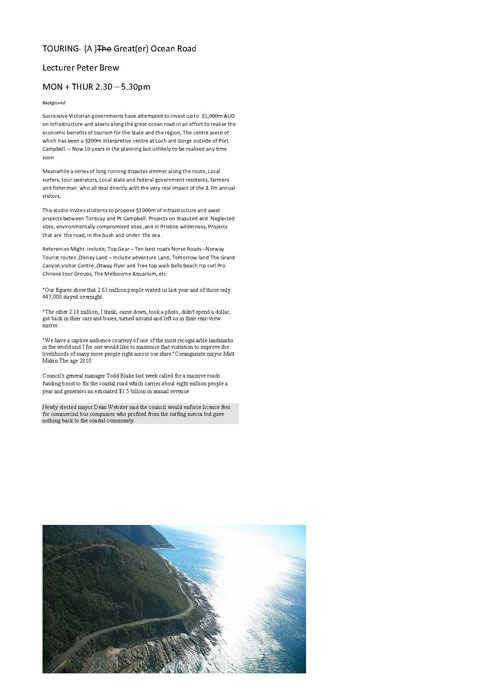 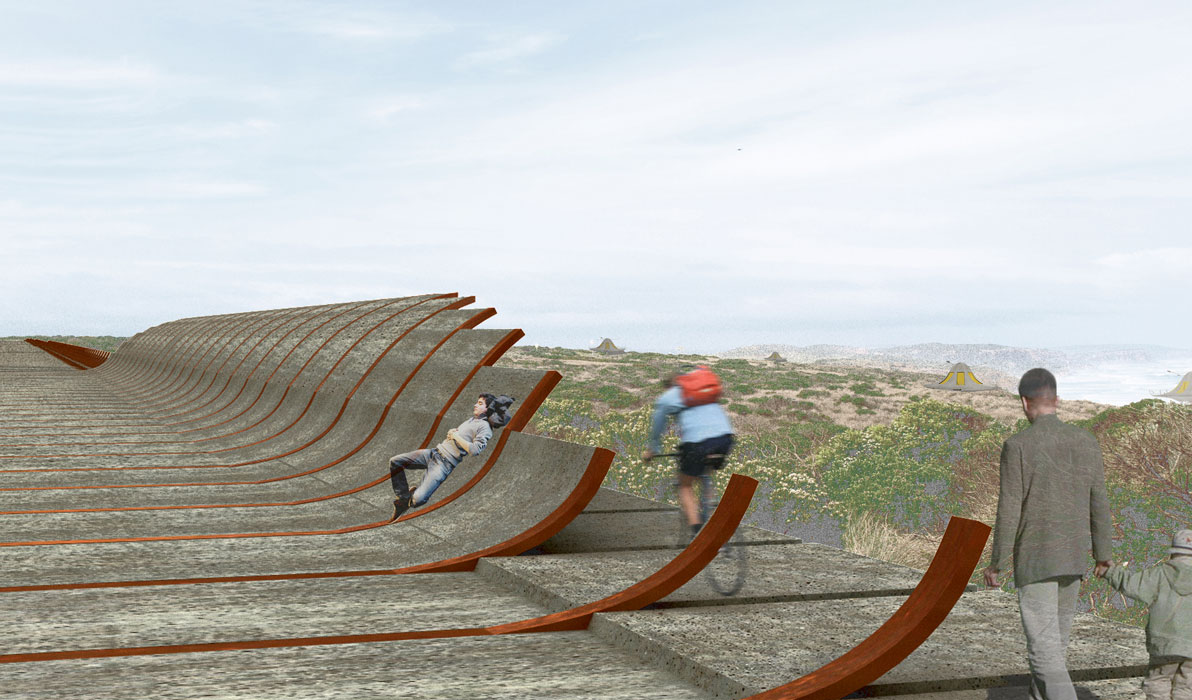 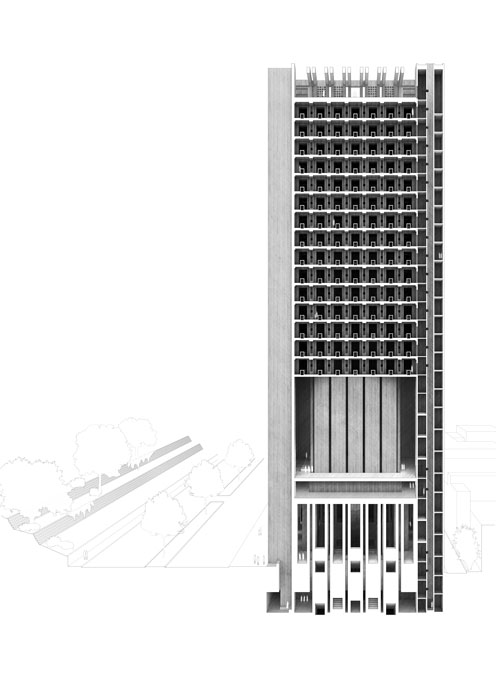 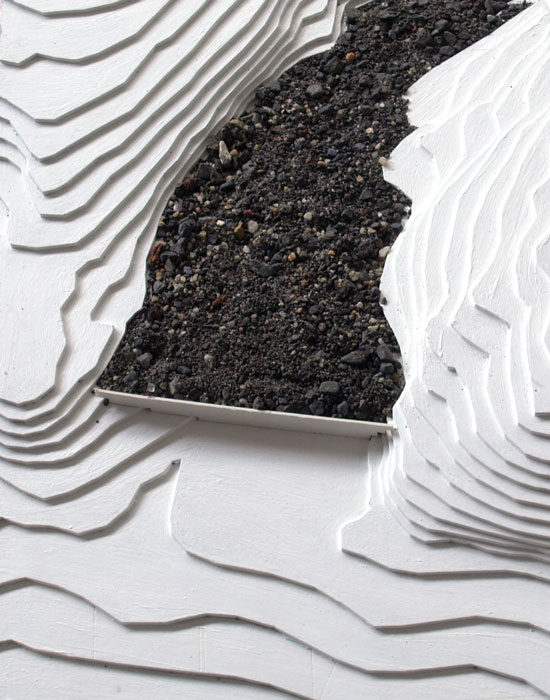 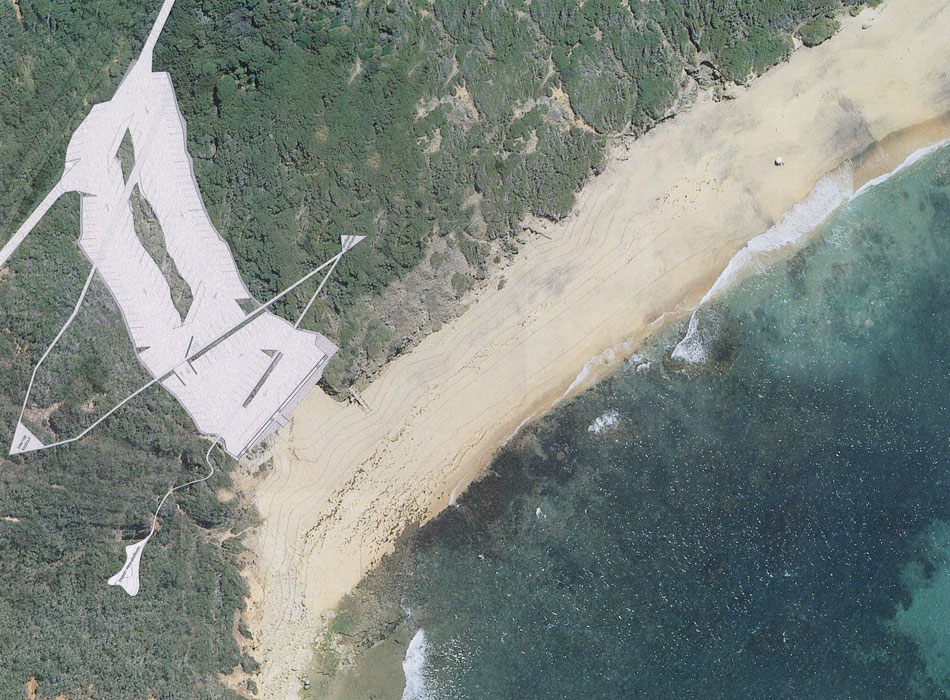 Successive Victorian governments have attempted to invest up to $1,000m AUD on infrastructure and assets along the great ocean road in an effort to realise the economic benefits of tourism for the State and the region, the centre piece of which has been a $200m Interpretive centre at Lochard Gorge outside of Port Campbell – now 10 years in the planning but unlikely to be realised any time soon.

Meanwhile a series of long running disputes simmer along the route, local surfers, tour operators, local, state and federal government residents, farmers and fisherman who all deal directly with the very real impact of the 2.7m annual visitors.

This studio invites students to propose $1000m of infrastructure and asset projects between Torquay and Port Campbell. Projects on disputed and neglected sites, environmentally compromised sites, and in pristine wilderness, projects that are the road, in the bush and under the sea.