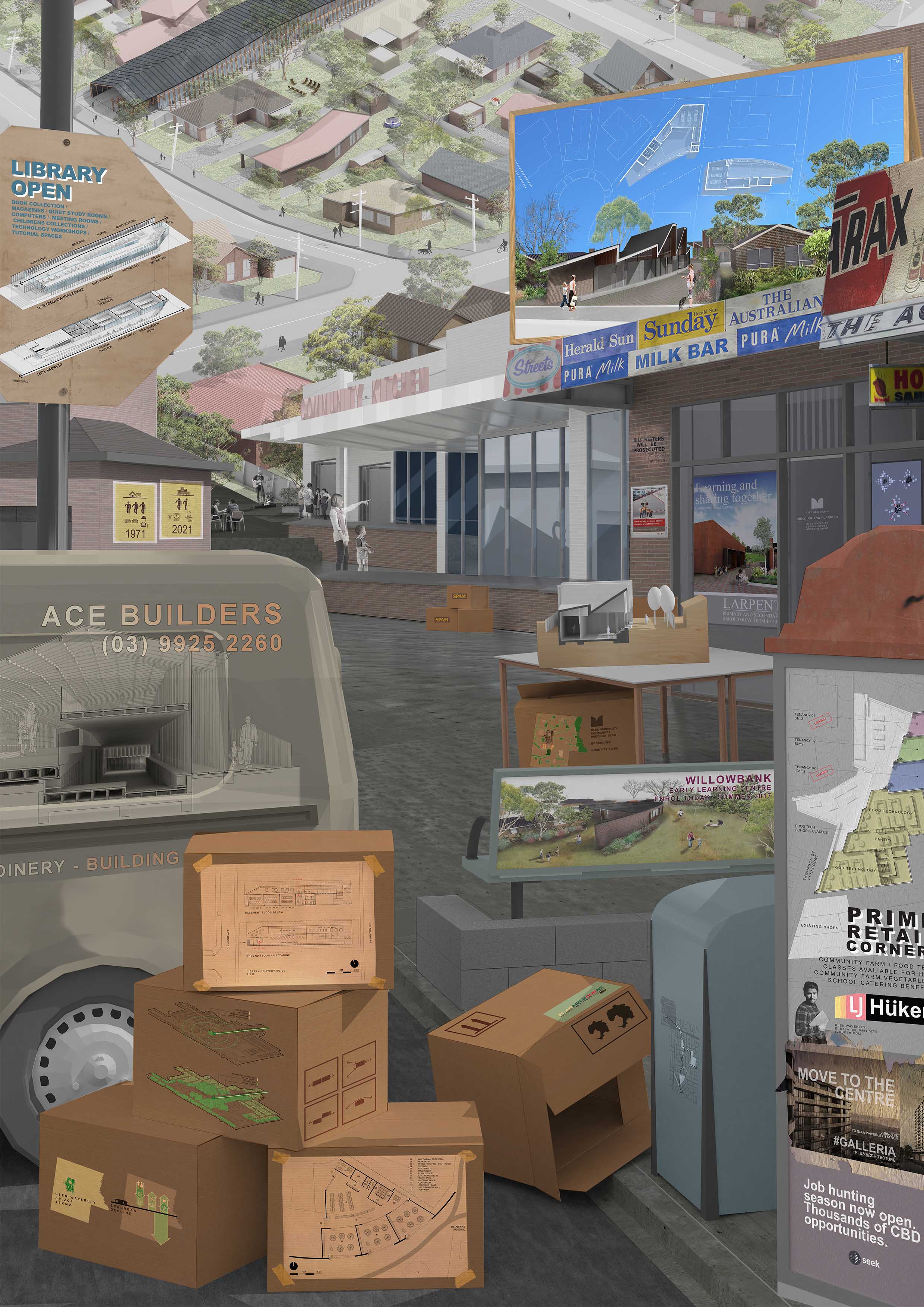 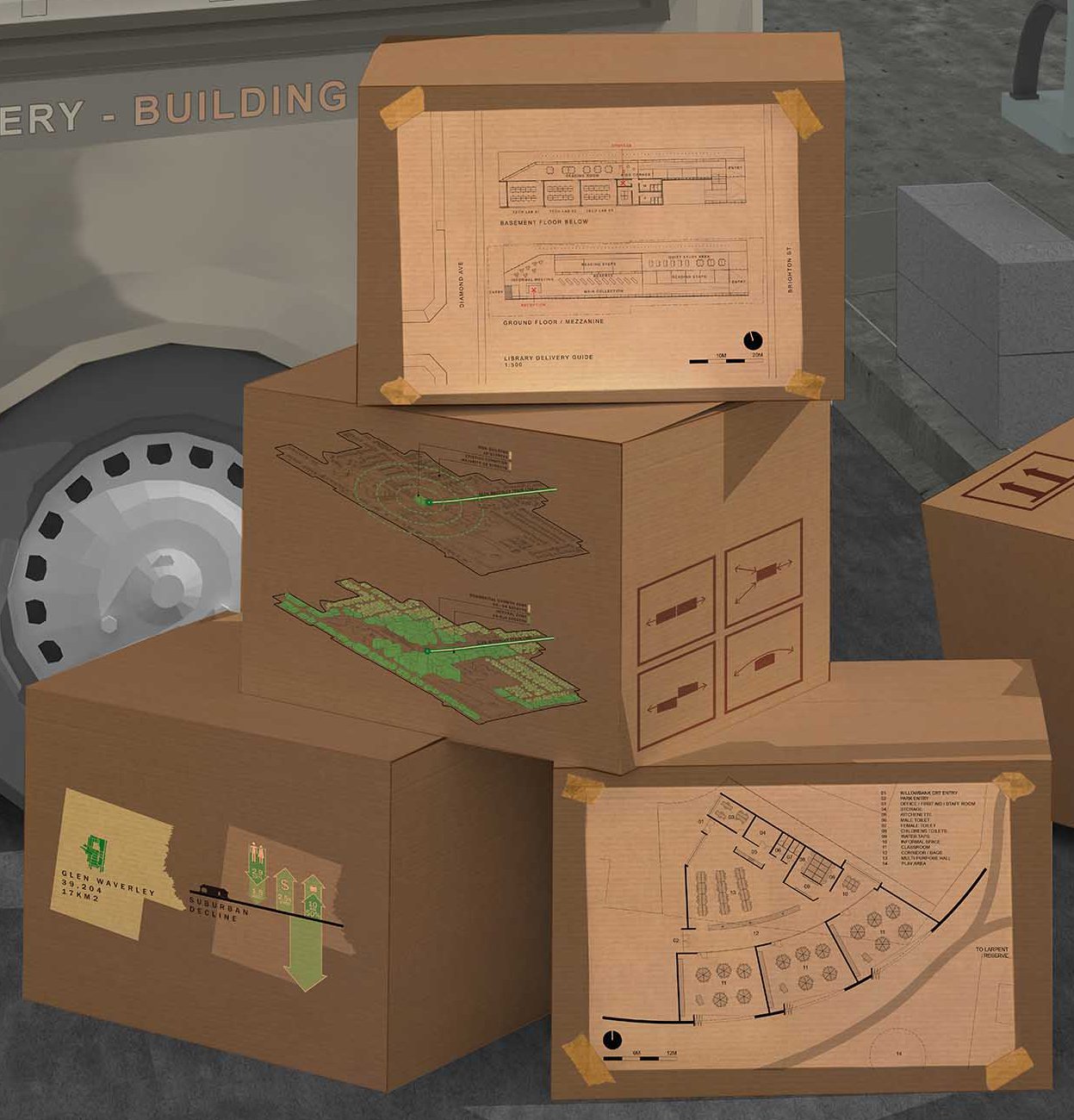 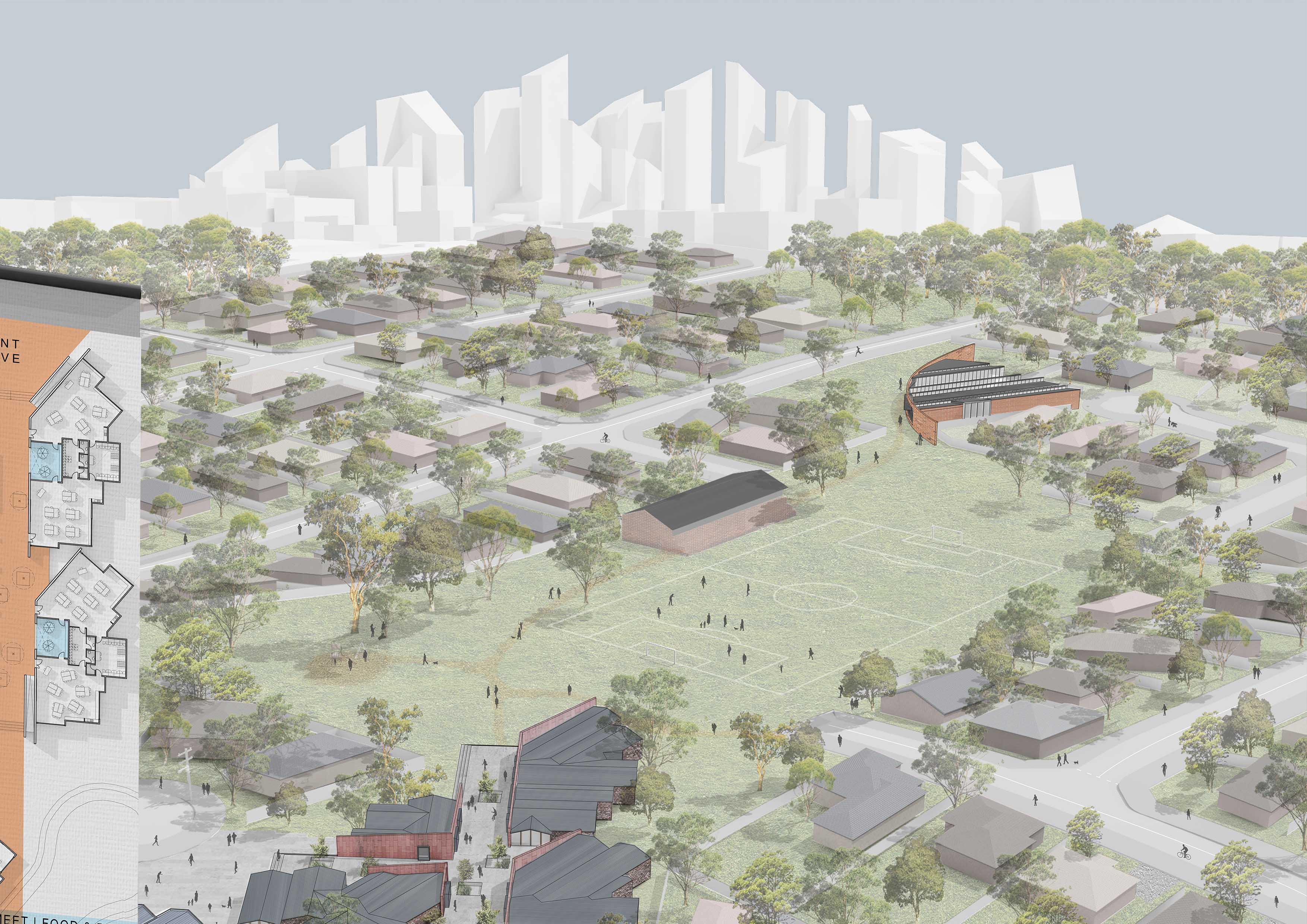 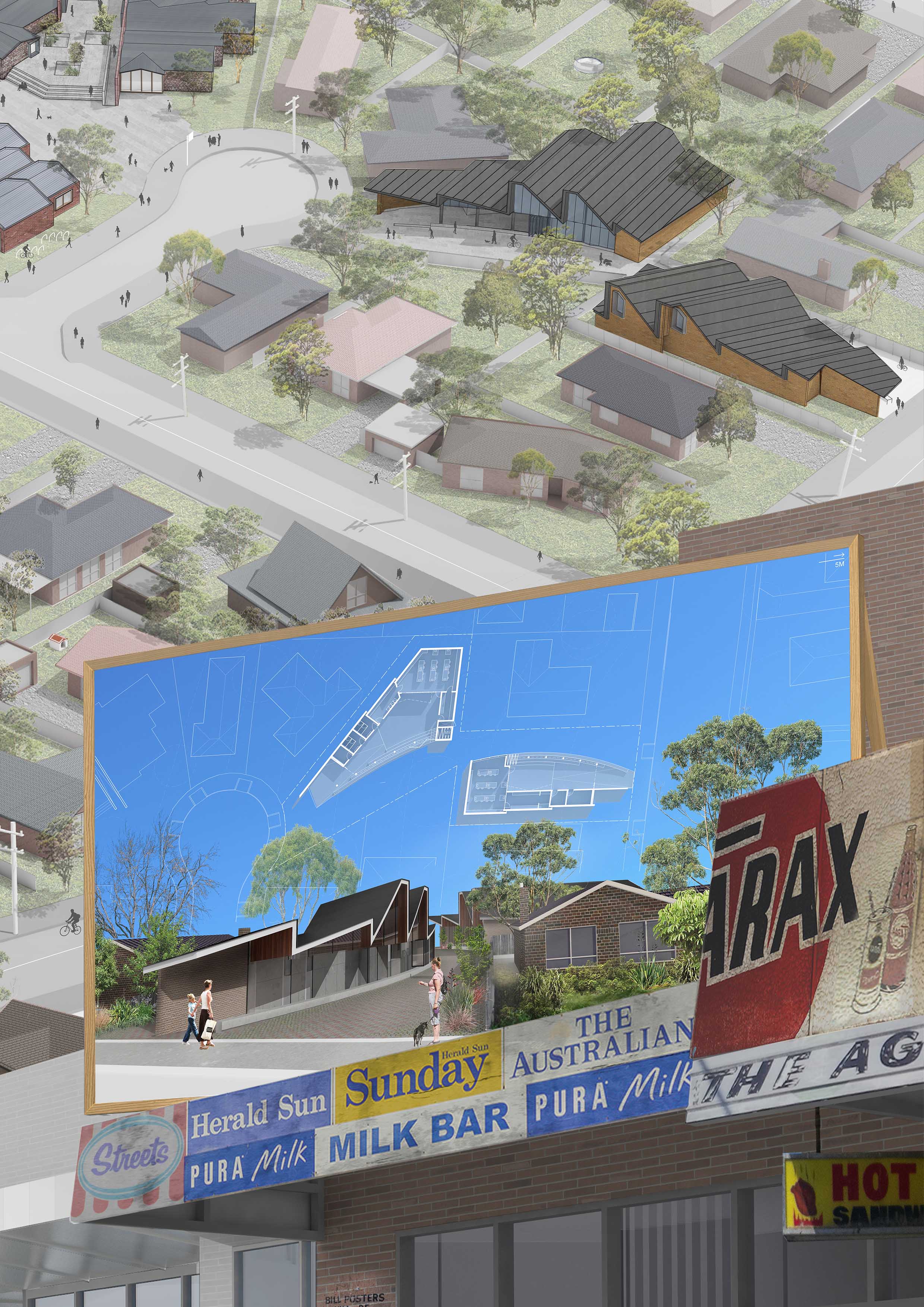 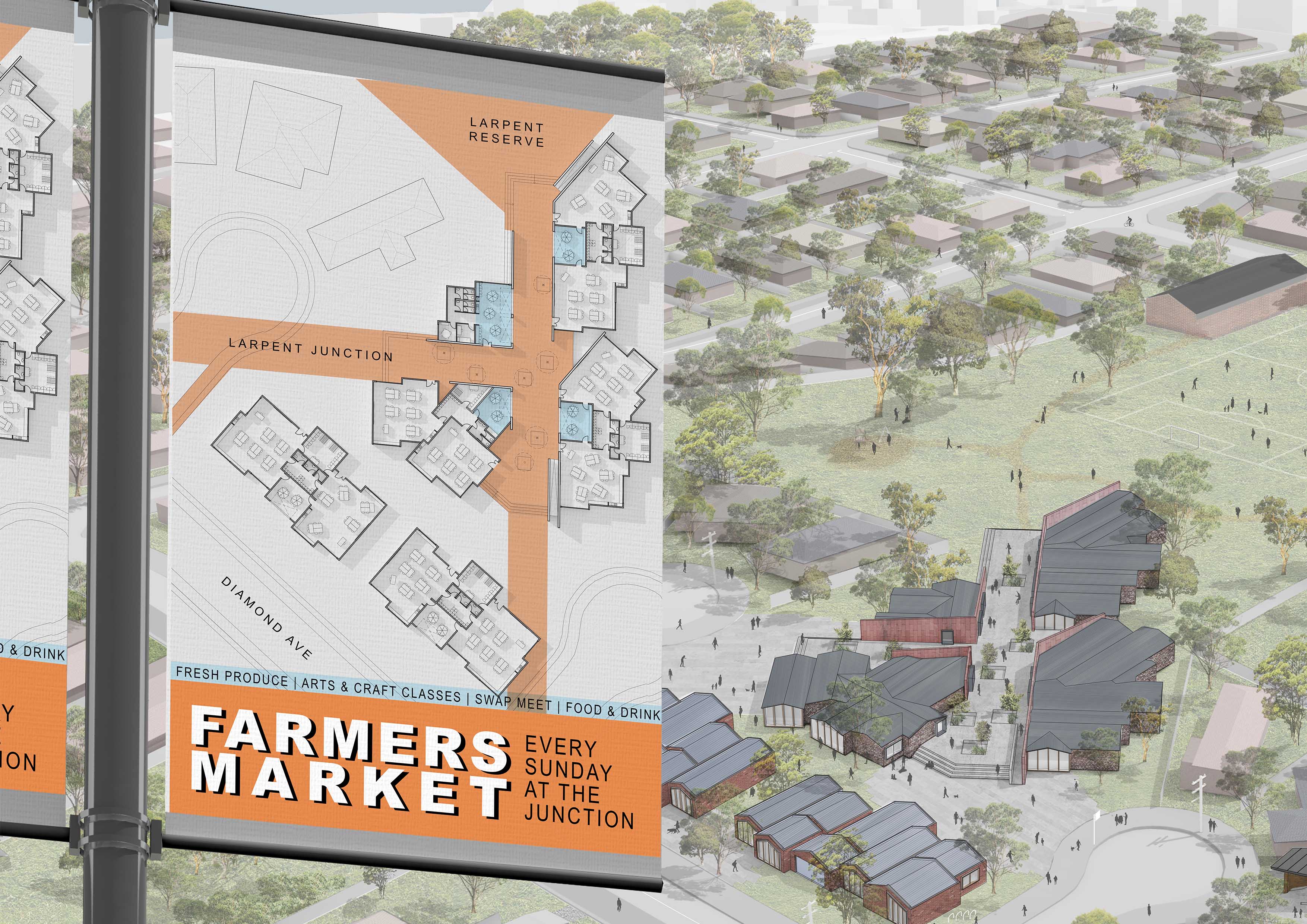 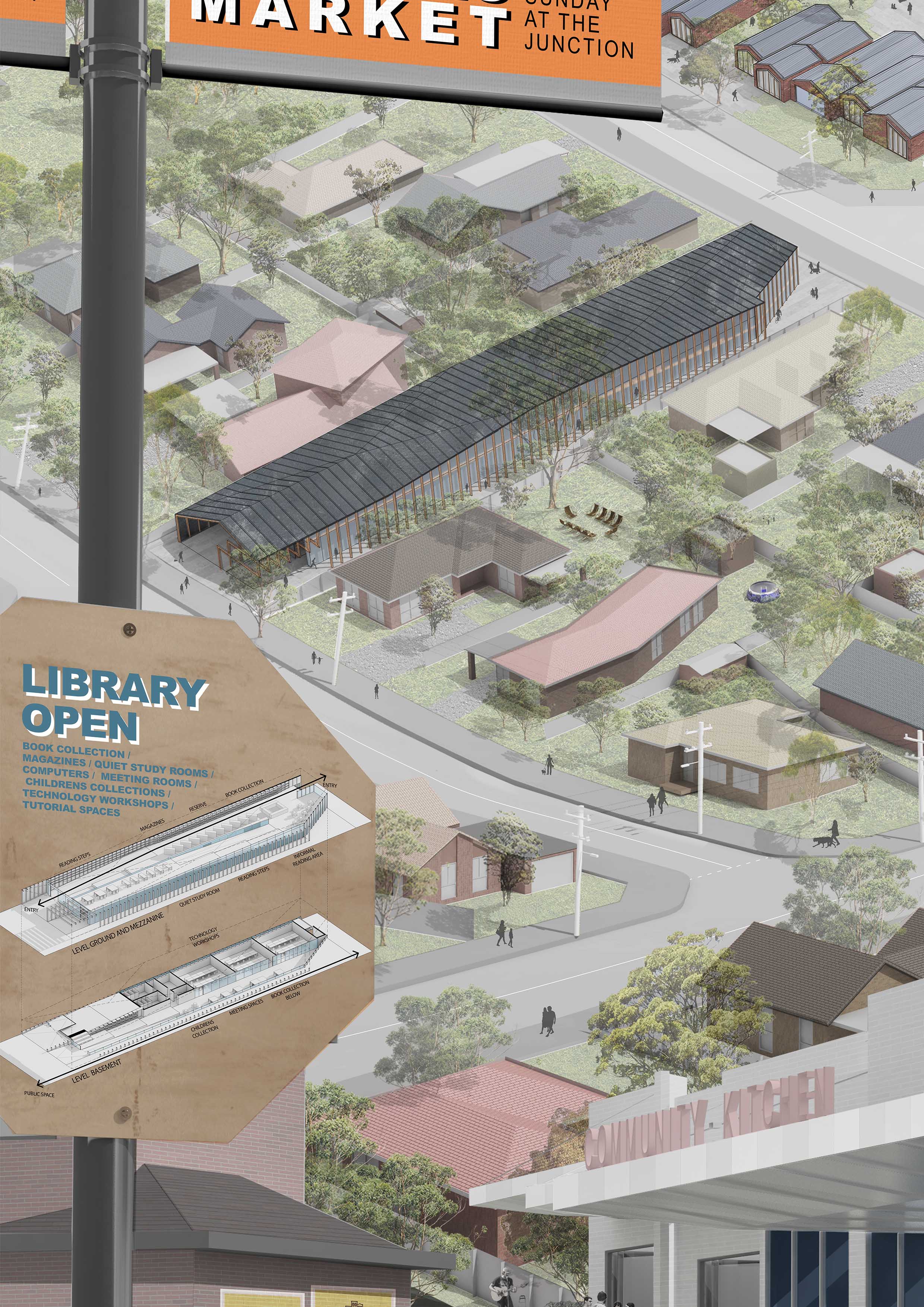 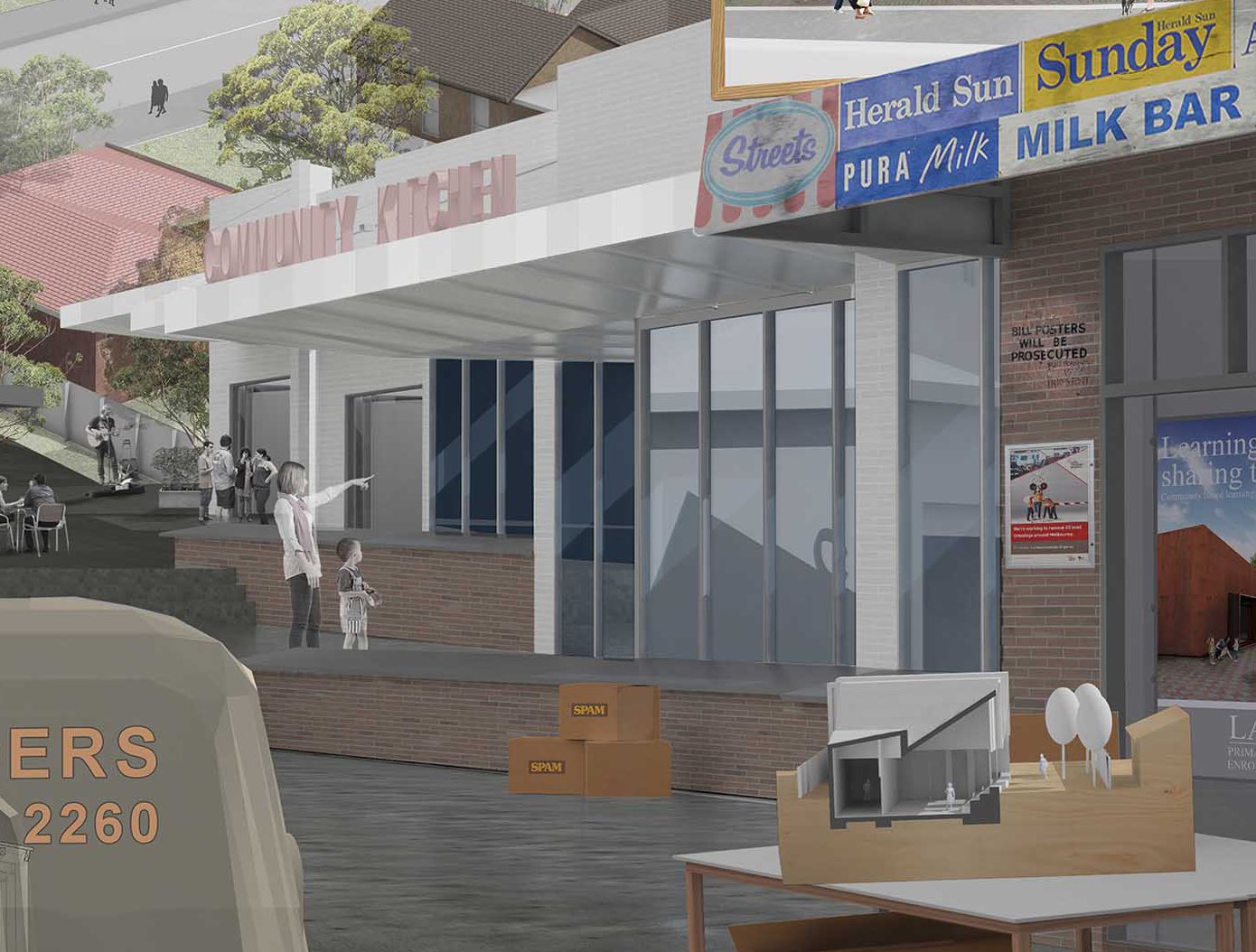 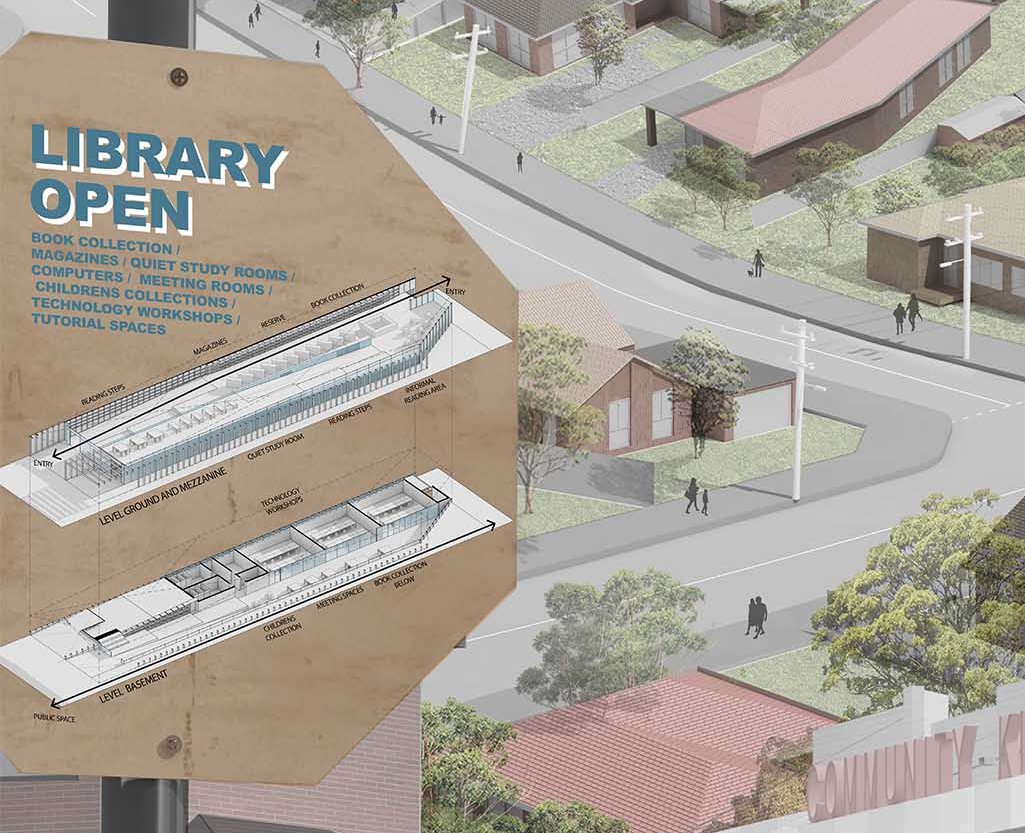 At The end of the suburban line

The thesis proposes there being a symbiotic relationship between the developing suburban centres and the existing hinterland. The condition of the new high density buildings proposed at the end of the Glen Waverly is  currently juxtaposed to the gradual decline of the iconic detached housing in the surrounding hinterland . This thesis is a speculative proposal to reconfigure and rejuvenation of that hinterland by establishing a relationship with it to the emerging dense core.  This is distinct as it seek advantage in the thinning occupation of the suburbs is at once a suggestion of its abandonment to nature  and a recasting of it as the idealised surrounds (the garden) to the emergent urban core.

This general situation has been explored through the design  of a decentralised secondary school integrated into the existing suburban network of roads, reserves detached houses and strip shops, A  fabric which  the ideals of a duality of users in mind: the community and the students. The school is a series of buildings, a linear ribbon projecting from the central zone to the outer edges of the suburban hinterland.These interventions tease out and negotiate a range of  conditions, forms eco systems embracing the suburban language as it shares it’s scale and materials and unifies the identity of its surrounding catchment.buildings are formulated by the reclamation of existing allotments as a means of affirmation of the identity of the suburb and opposes any inclination of a generic replication.

The project re-considers what is generic and singular  as diverse , adaptive and reactive what is  demonstrated through a series of small interventions is the extent to which it is possible to transform and rejuvenate our suburban futures for them to have an alternative destiny, not as low density residential neighbourhoods , dormitory suburbs but as the recreational,  Ecological and institutional rich environments that complement and enable the emergence of  dense suburban cores.

The restructuring of the suburb brings about a reminiscence of utopia, such as the Garden City by Ebenizer Howard, the surrounding areas offer an escape from the dense city and beyond. It represents an analogue to the larger metropolitan Melbourne, catering for the lack of infrastructure and amenity by Plan Melbourne 2050.