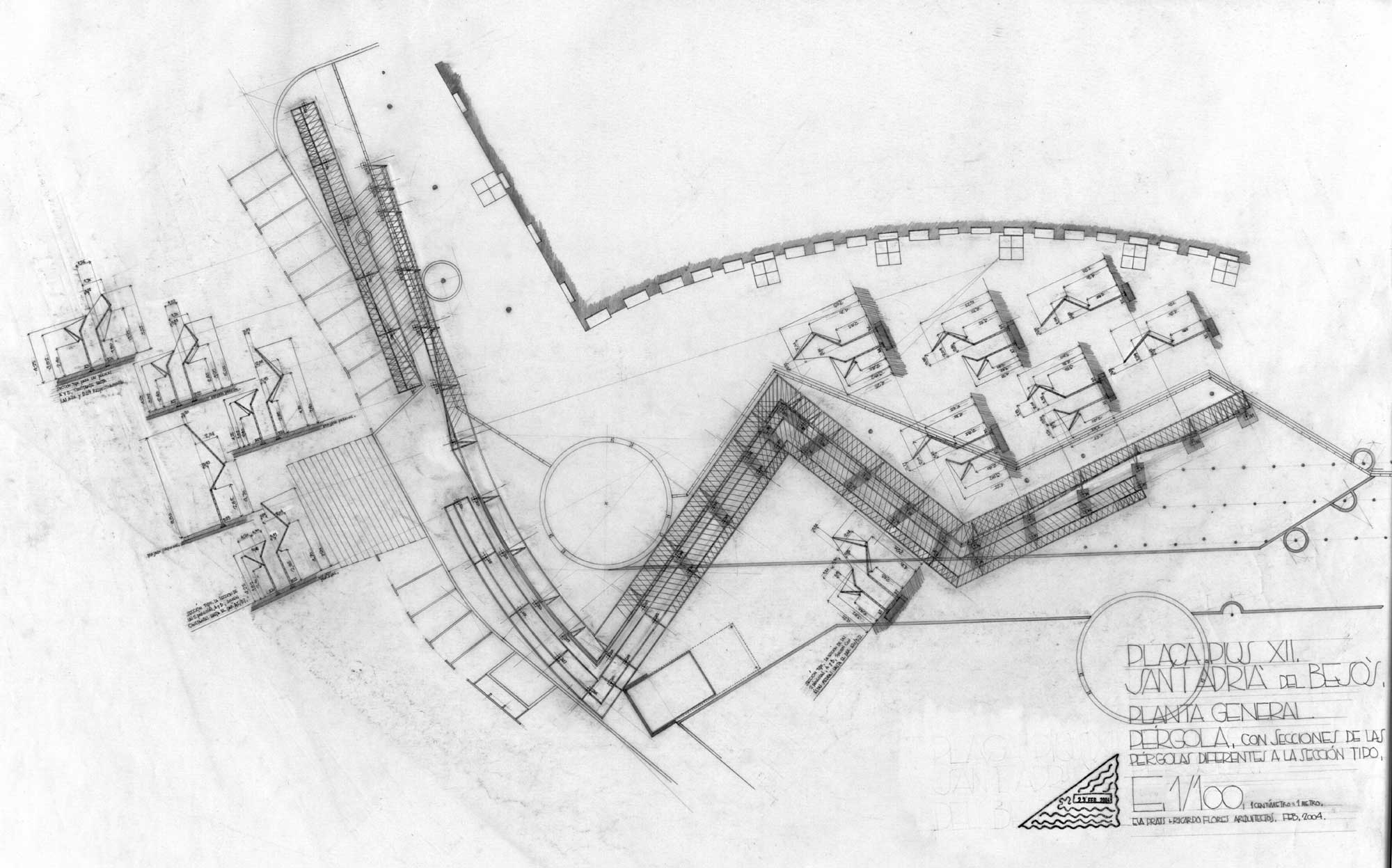 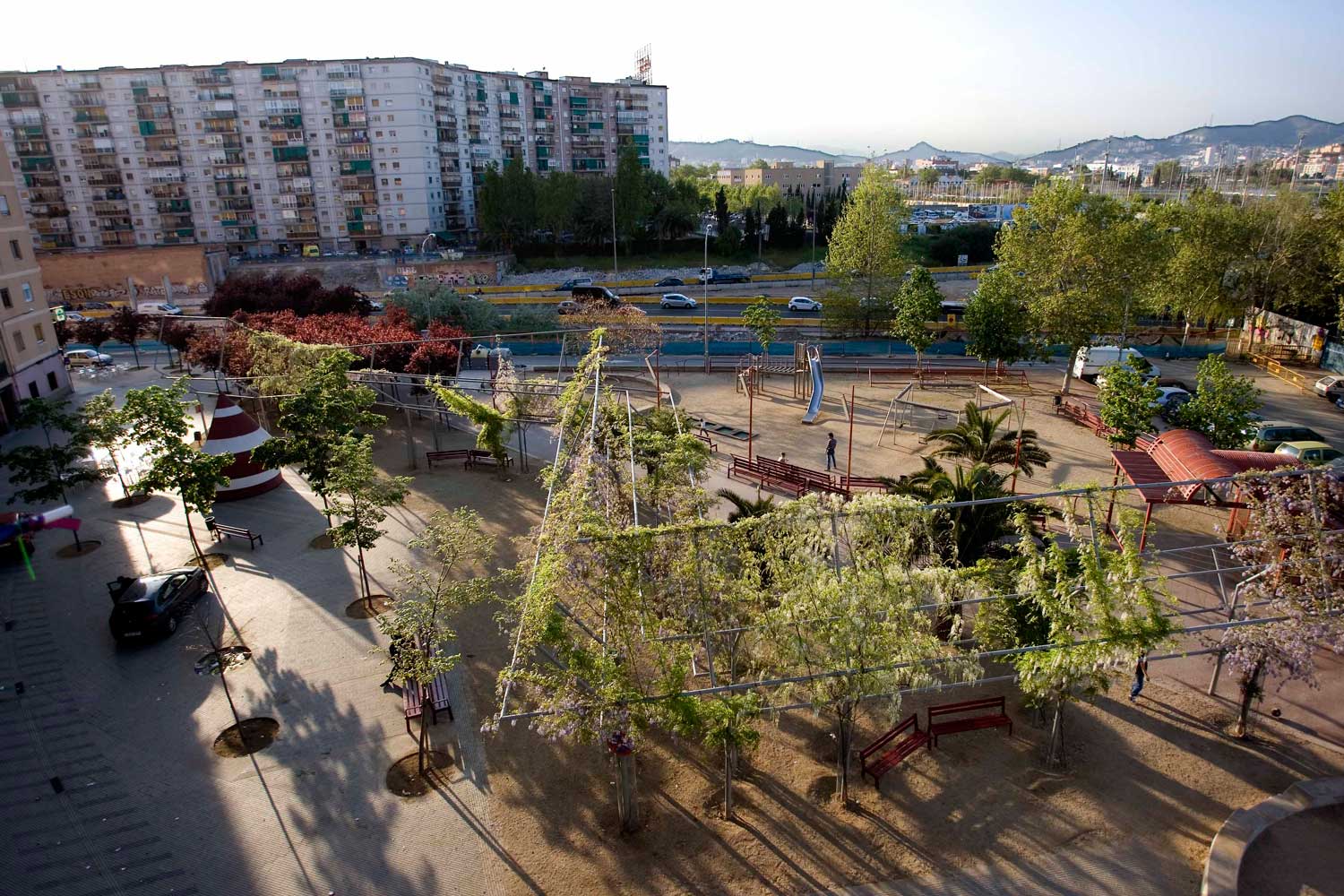 View of the square

View of the pergola 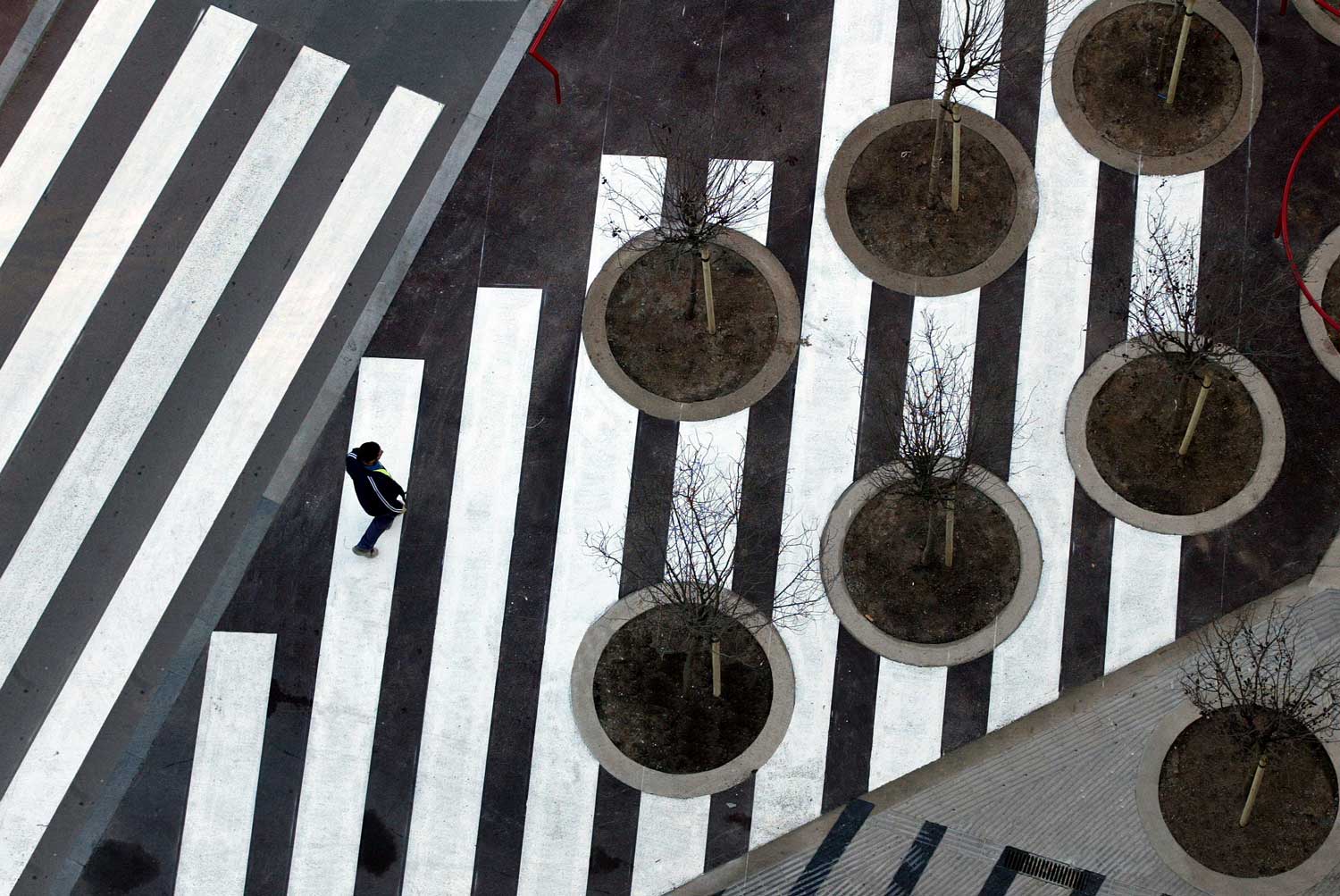 The project eliminates a street that used to cross right in front of the collective housing building. With this first decision, all the public space gets connected to the building’s facade, working as its basement.

In order to reinforce this open air vestibule, a large pergola for flowers follows the profile of the building at a certain distance. It acts as an echo, sometimes gets closer and sometimes further…

In between the pergola and the building now appears a new space, like a chamber of air that absorbs the abrupt change of scale between the vertical plane of the huge building and the long horizon extended in front of it.

Inside this open air vestibule there’s a kiosk, which because of its colours and shape attracts all the eyes… Its stripped costume reveals its content: ice creams and lollypops, concentrating most of the energy of this place.

First Prize in Public Competition and commissioning to develop the project.