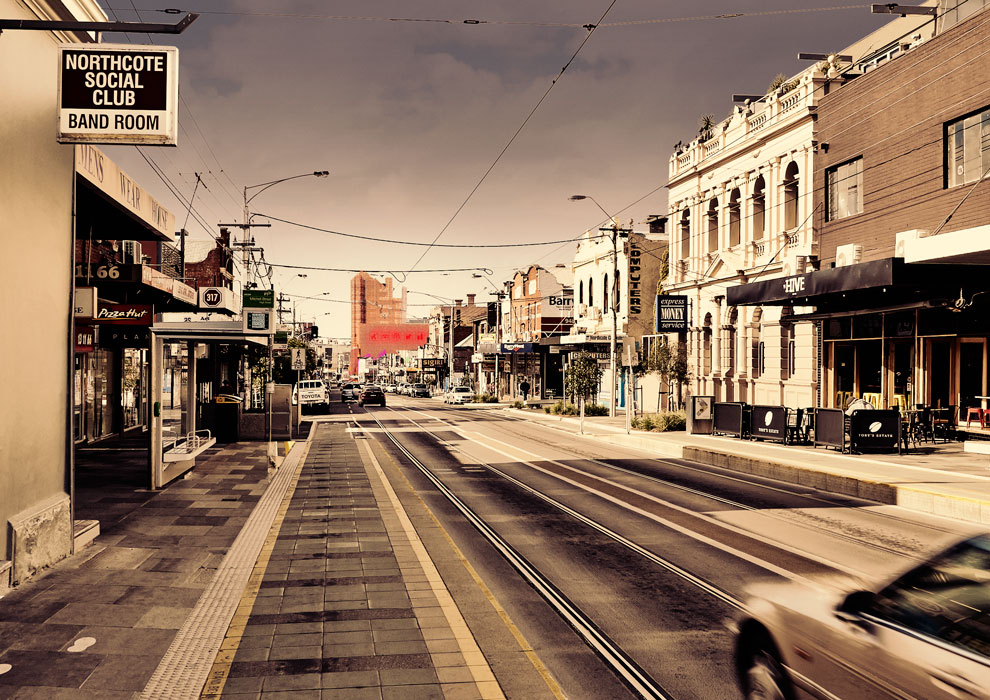 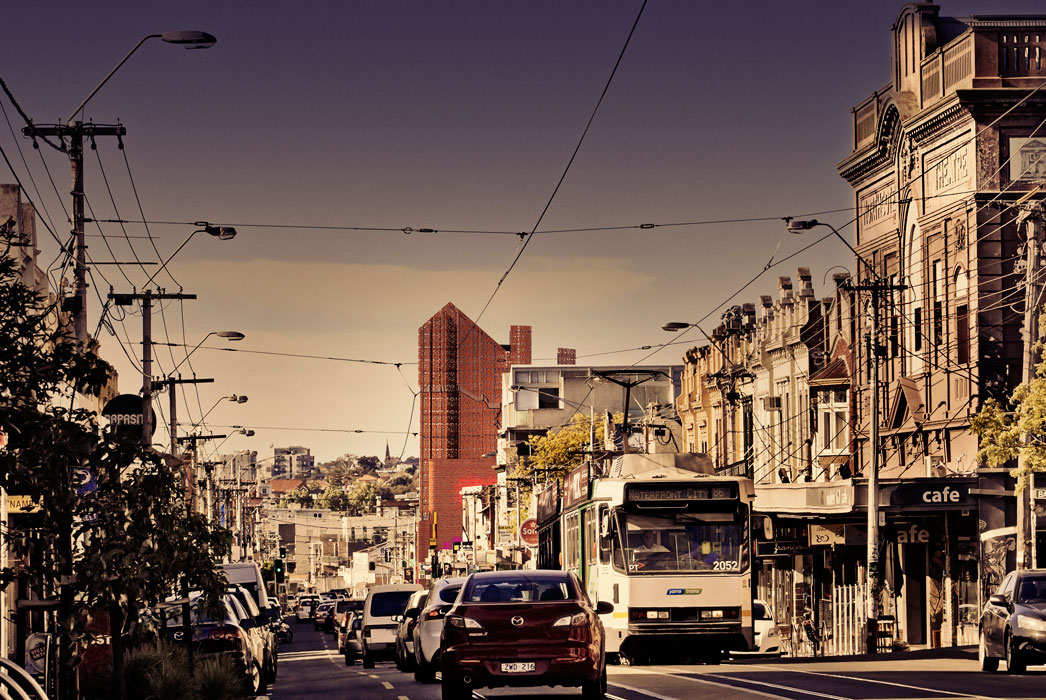 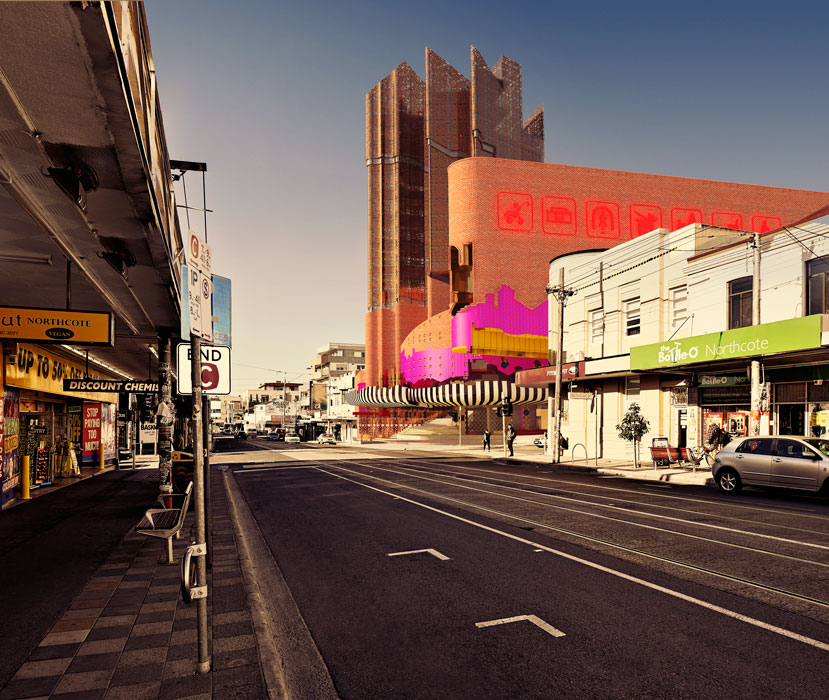 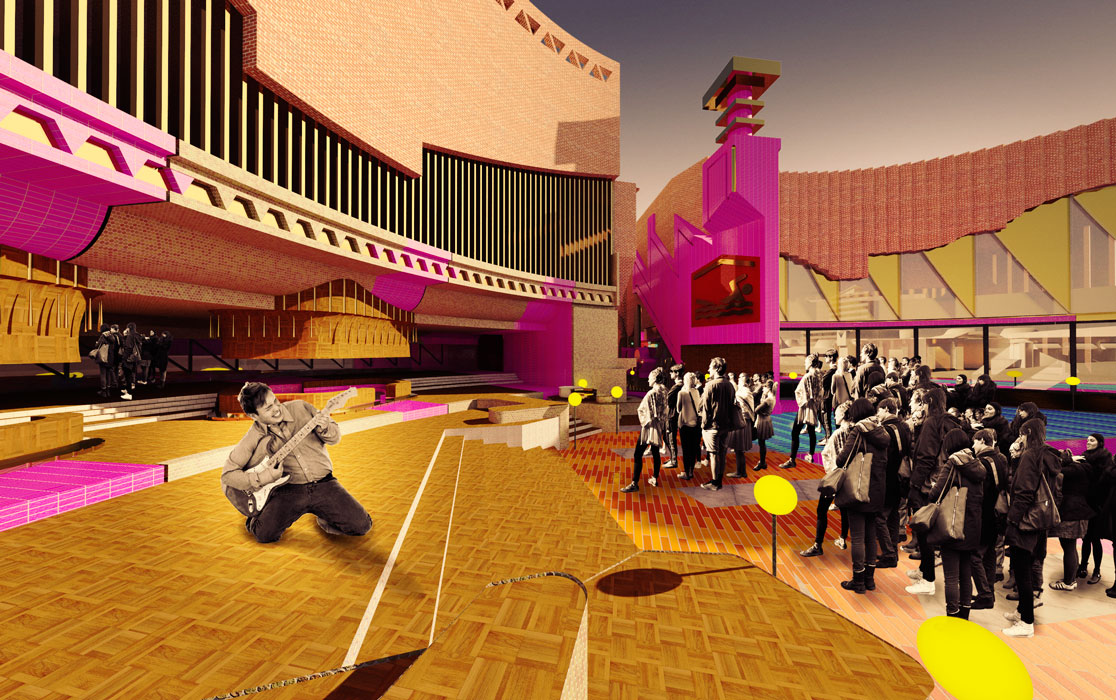 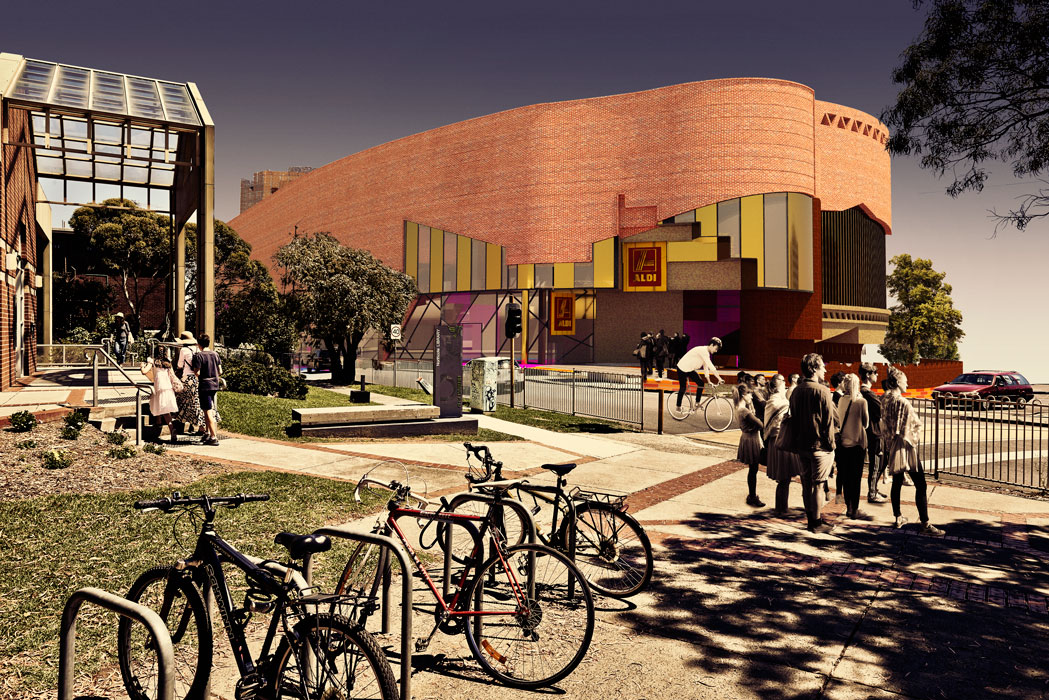 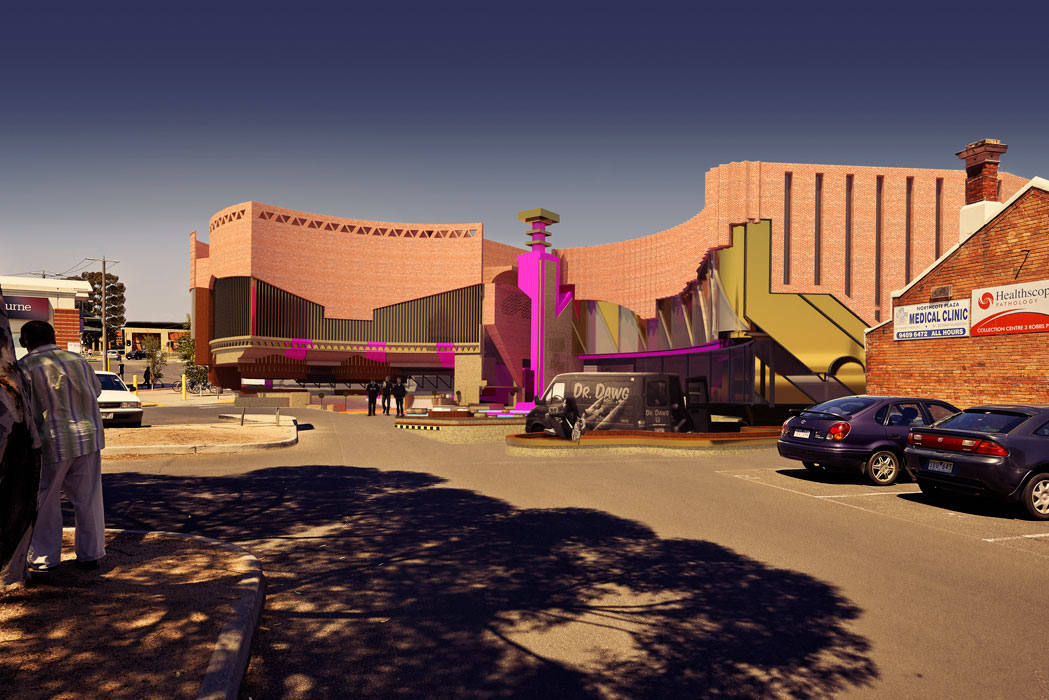 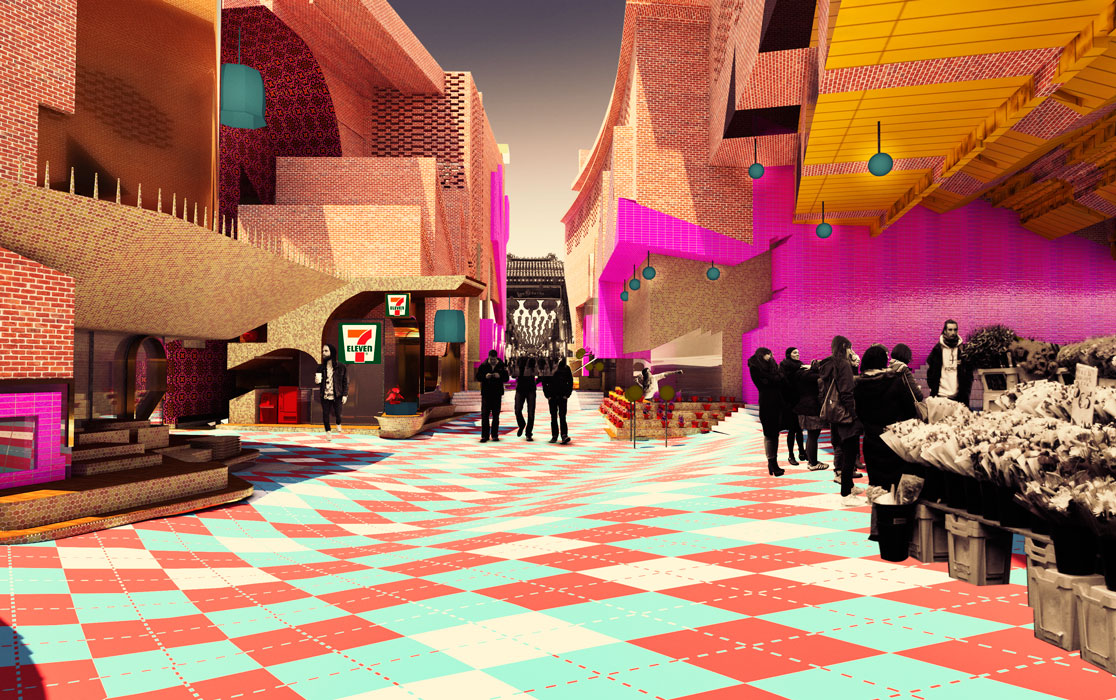 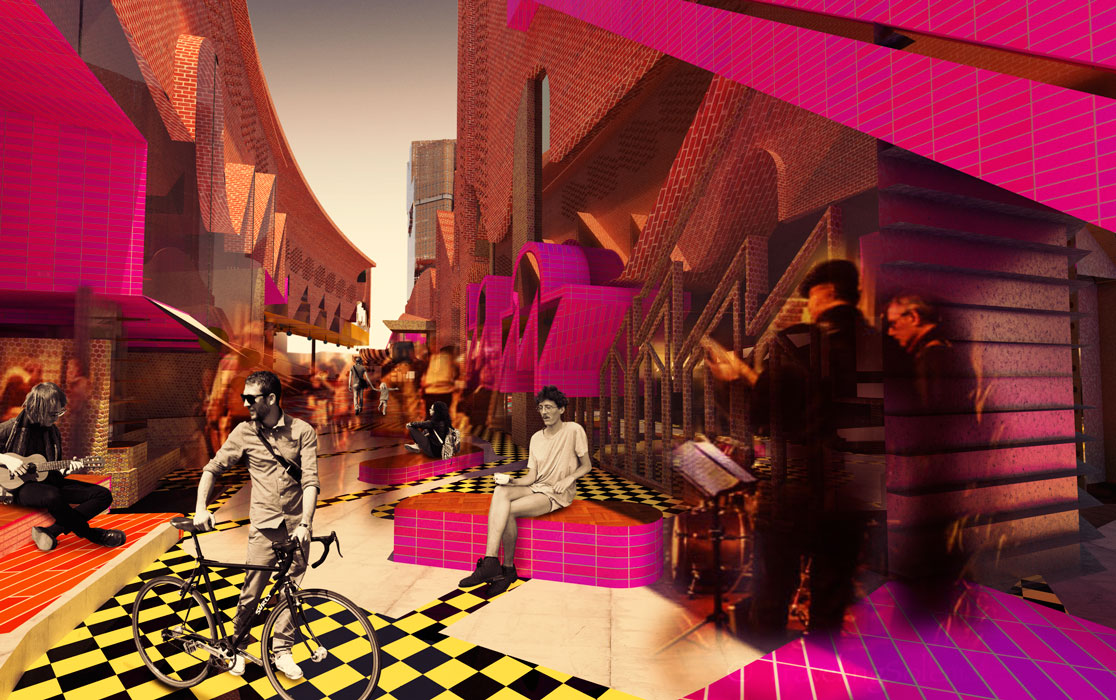 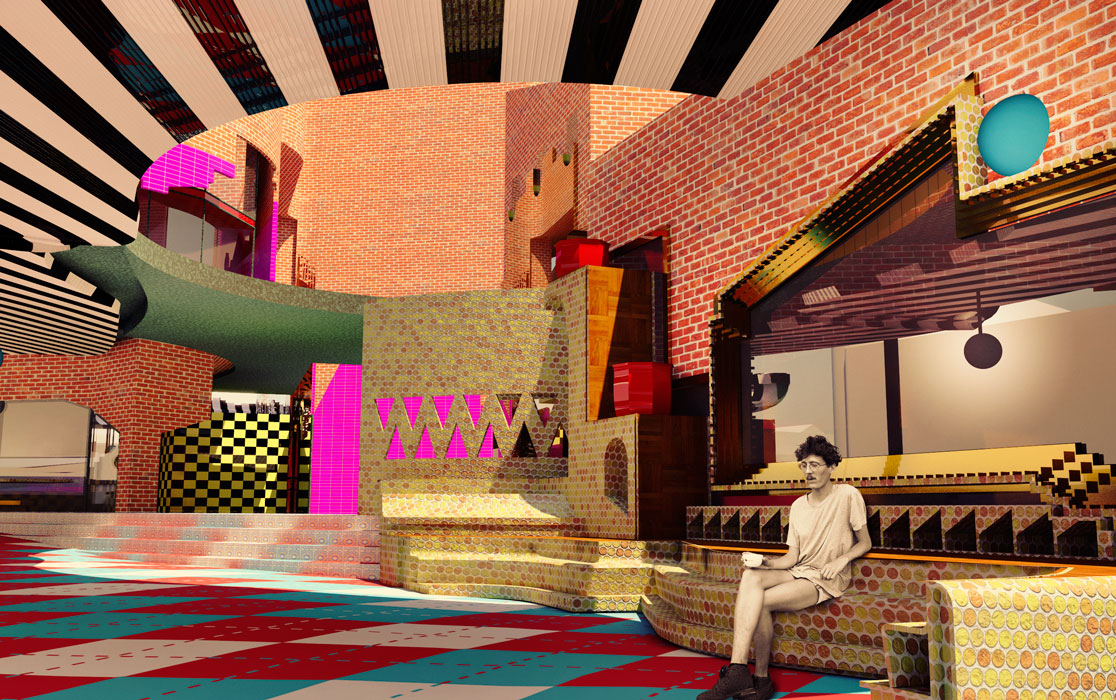 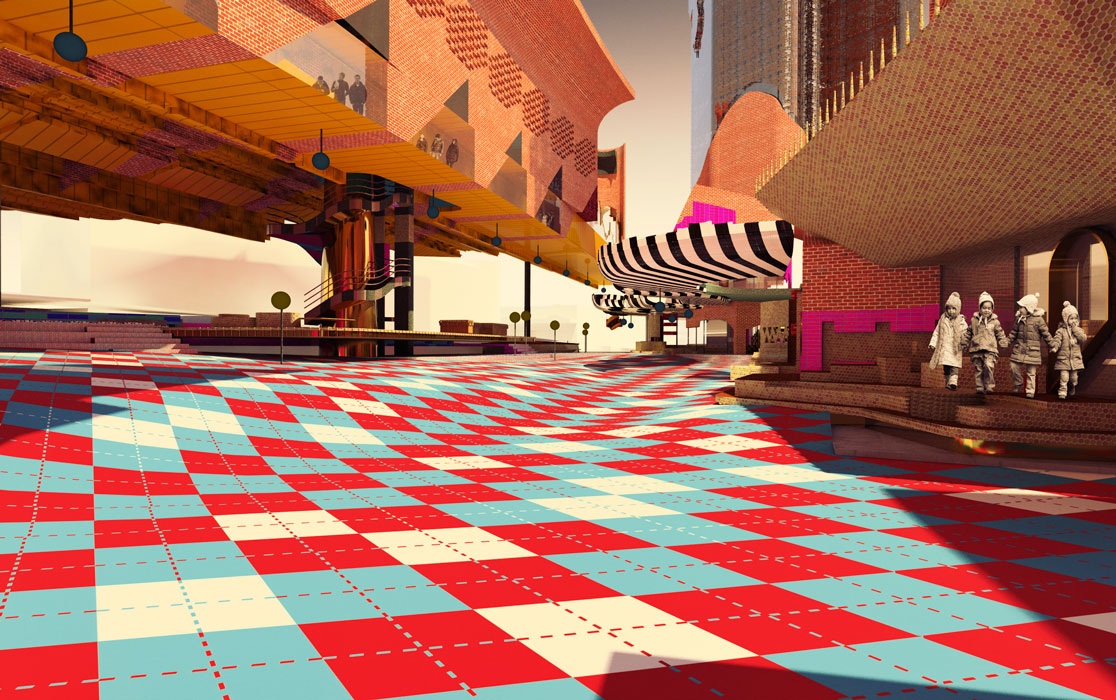 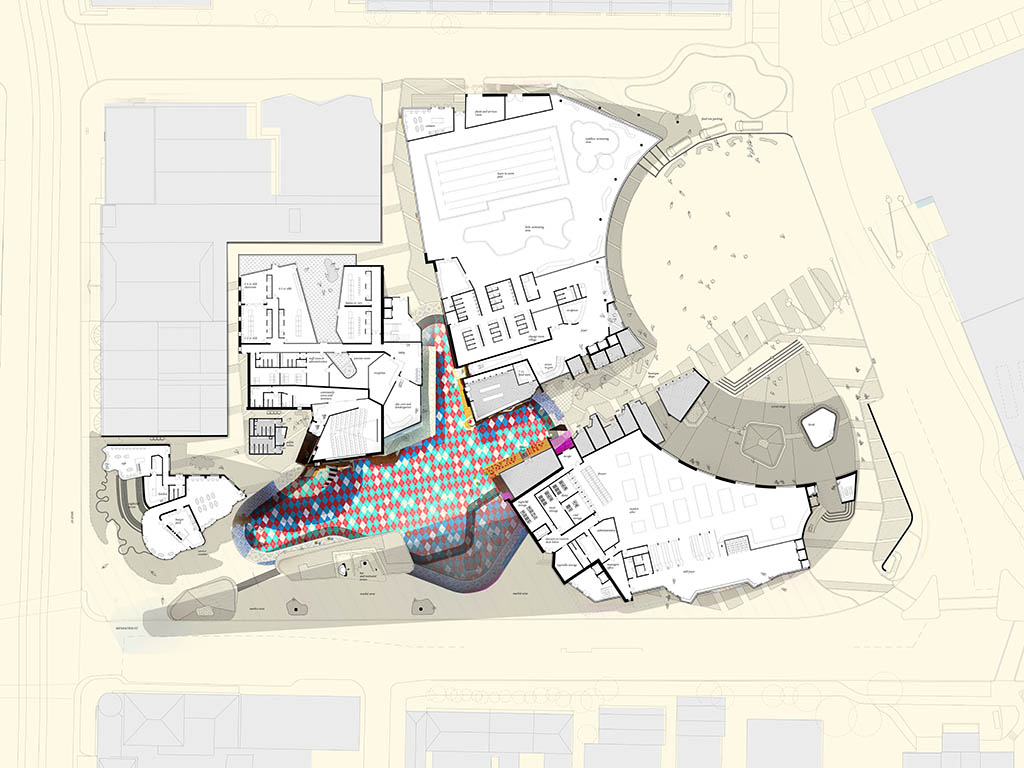 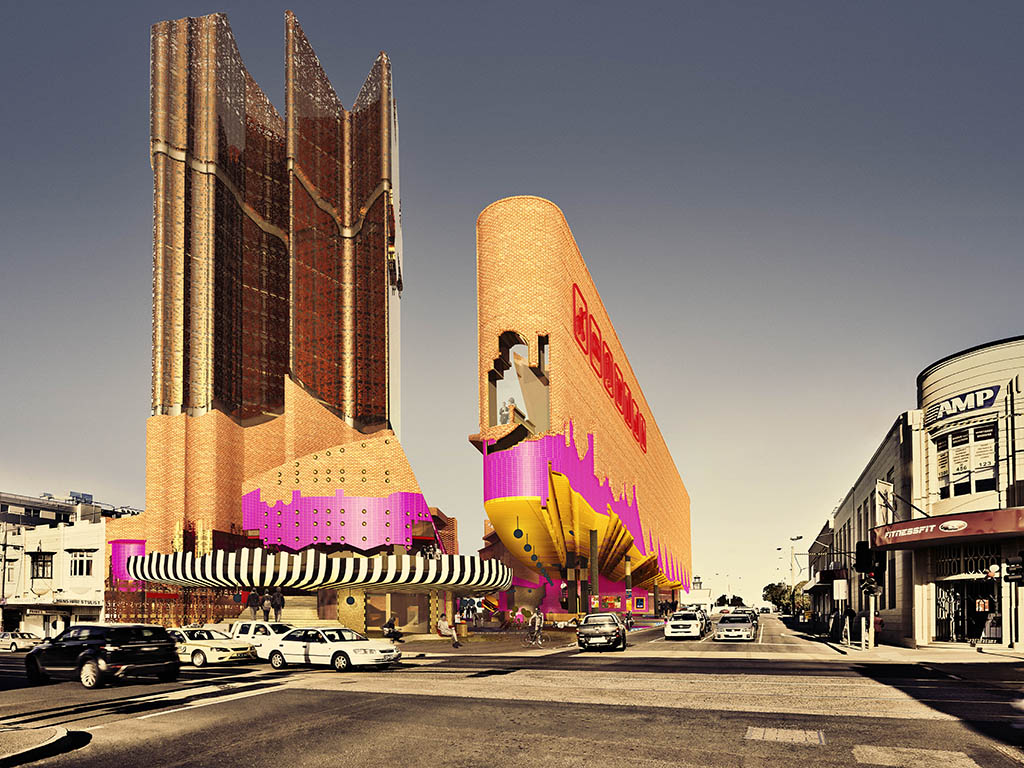 The Northern Hood does three things for the Melbourne suburb of Northcote: it rescales the idea of the household living room to the that of the urban environment;  consolidates existing site relationships to provide Northcote with a centre and; amplifies the existing character, culture and vibrancy of Northcote’s High Street. The questions being investigated in this project are designed to be a model for transitioning suburbs, like Northcote, undergoing rapid urban densification and gentrification.

Architectural form has been carved and negotiated through the consolidation of site relationships and through the pushing and pulling of various programs against the proposed interior courtyard and threshold spaces that weave between them. Northcote’s character and identity is enriched in this “public living room” that extends the local residences and homes,  and reasserts the identity of the suburb, where idiosyncratic details, forgotten memories and local details are re-scaled, stretched and redeployed to inform a rich and vivid spatial condition.