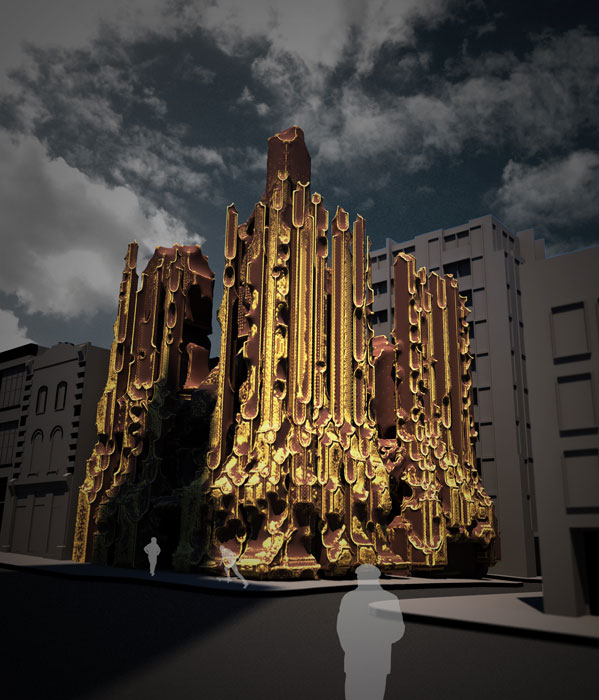 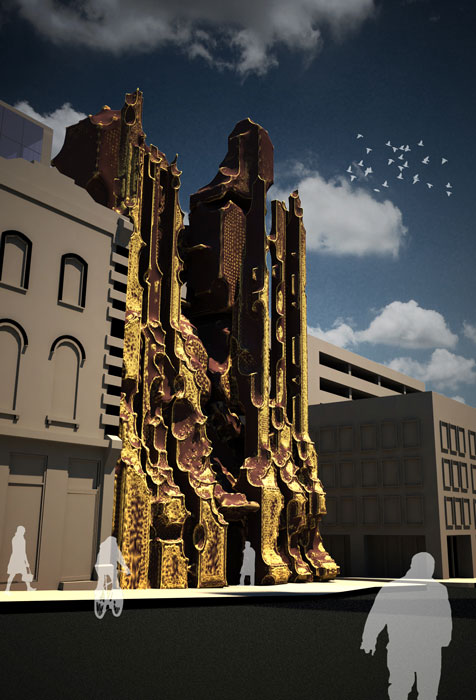 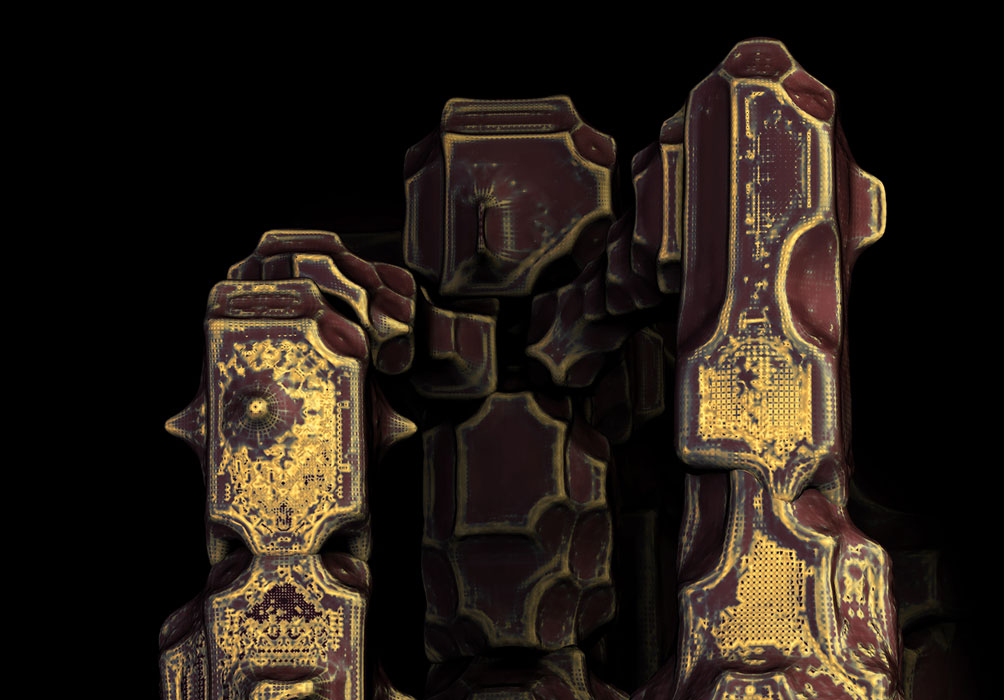 The Garden of Forking Paths

The studio raises a number of questions concerning the nature of digital design. Generative and algorithmic processes by definition produce original design solutions to defined problems, but what if we are to question the value of originality? What role does authorship play in a semi-autonomous design process anyway? When working with prepackaged techniques, who is the author of the artefact: the tool or the designer? What if we are attempting to redefine or discover a new design problem (the original problem might be too complex to solve)? For these reasons the studio is entirely uninterested in solutions or the optimal, in the new or in the beautiful and instead values the confounding object, the geofact, that prompts us to re-examine our values, tastes, assumptions and agency as designers.

It is liberating to reduce the emphasis placed on conceiving the shape and form of a design. We can consequently explore processes that abhor an index to their means of formal creation (marching cubes algorithms for instance) and broaden the spectrum of design iterations by alleviating a tendency to mimic prevalent and popular stylistic trends. By treating shape and form as the starting point in the design process and engaging with a kind of ‘digital essence’ comprised of subtleties that are not exactly evident to the human eye but are intrinsic to the qualities of that form (mesh topology or rounding errors in vertex positions) we can unleash a wealth of creative potential that might be attributed to this digital object itself (rather than to the hand or trained eye of the designer). If we take the view of an Object Oriented Ontologist then this ‘essence’ could be considered to recede from our tangible perception of the object, but could none the less play a part in how that object interacts with other objects (us as designers, other elements of the design or its future use and context).