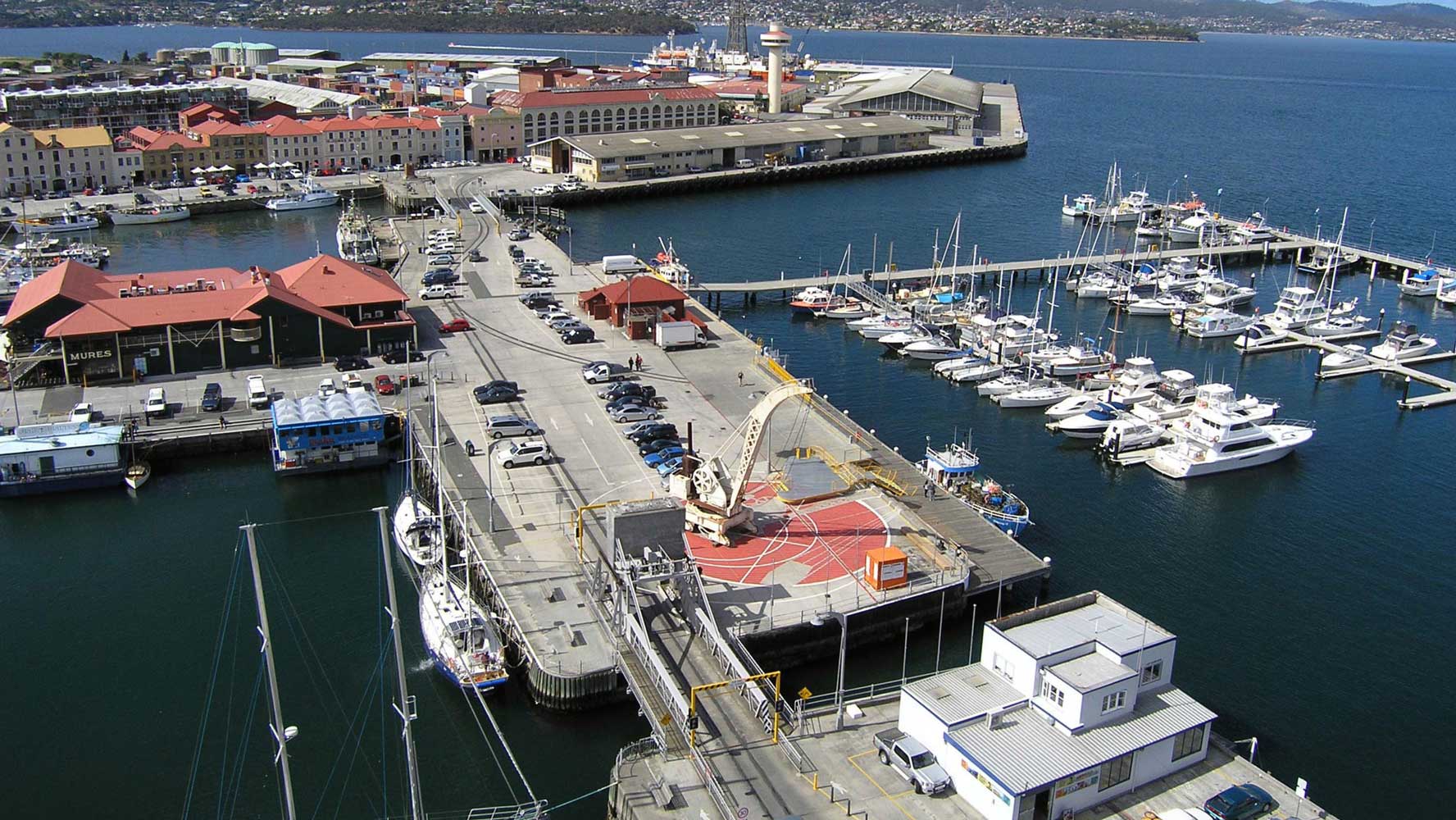 Franklin Wharf is uniquely placed within Sullivan’s Cove and in many ways, is Hobart’s great urban space. Sullivan’s Cove Waterfront Authority commissioned OCULUS to implement some subtle yet timely changes to improve public access to this space. The objective was to redefine the wharf into a flexible space able to be used by many different parties (such as pedestrians, commercial fisheries, and motorists) with competing needs throughout the day, and throughout the year.

Currently, much of the Cove’s surface is cluttered with an excess of signs, small structures, other objects, and extensive car parking, making it a difficult space for public occupation. The studio developed a strategy to improve the existing public space within the Cove by restructuring car movement, reducing clutter, extending and better organising public facilities, and creating more accessible opportunities for individuals to experience the water’s edge. A new Franklin Wharf walk connects the two sides of the Cove and a new pedestrian-friendly axis leads from Hobart’s City Hall to the water.

The waterfront of Hobart will experience an overall reduction in car parking and increased pedestrian access. New furniture, objects, lighting, line marking, and public spaces will coexist alongside the gritty, industrial texture of the working dock.

The intention has been to reinforce the idea of the wharf as a landscape without user priority—pedestrians, motorists, and the commercial fishing fleet will be able to move and interact within generous share-ways.

This project won the 2010 AILA Victoria Award for Design in Landscape Architecture.