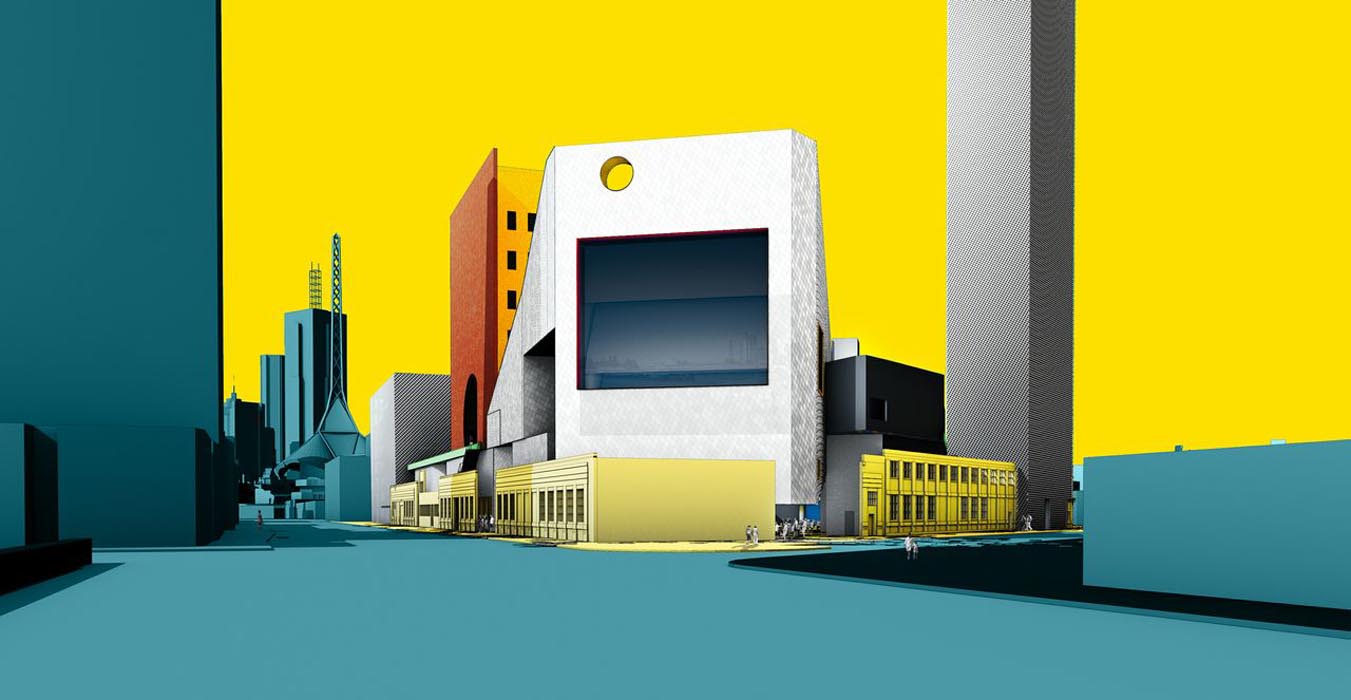 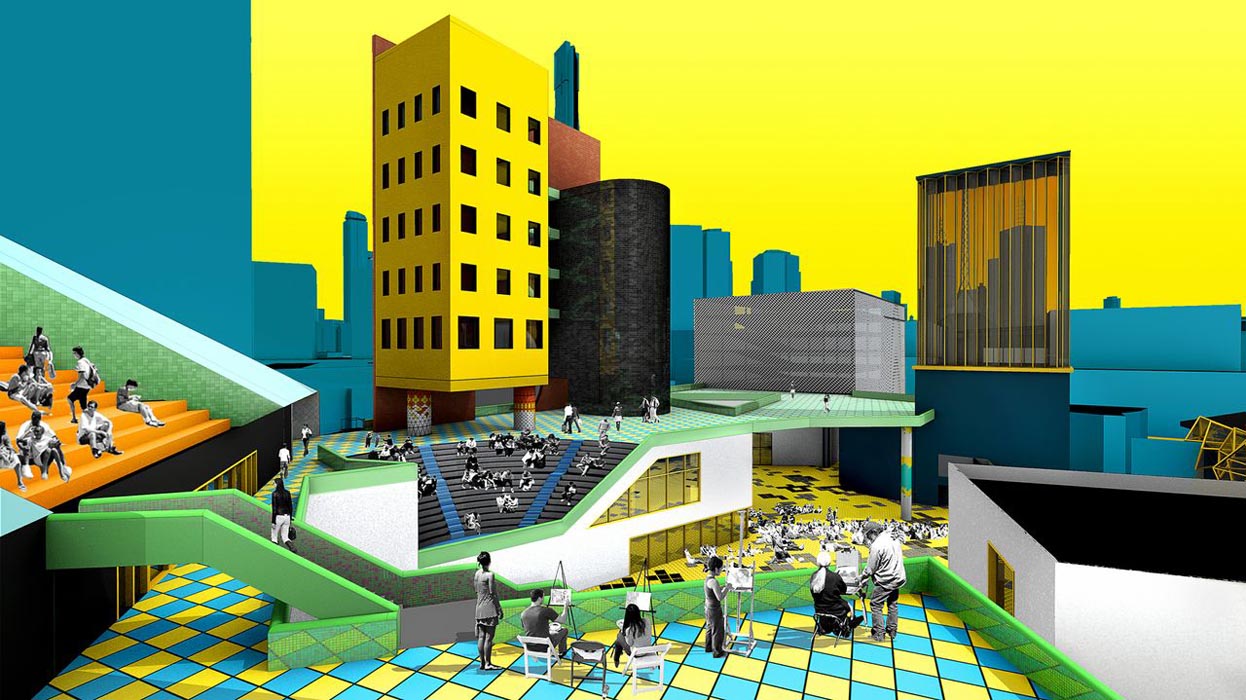 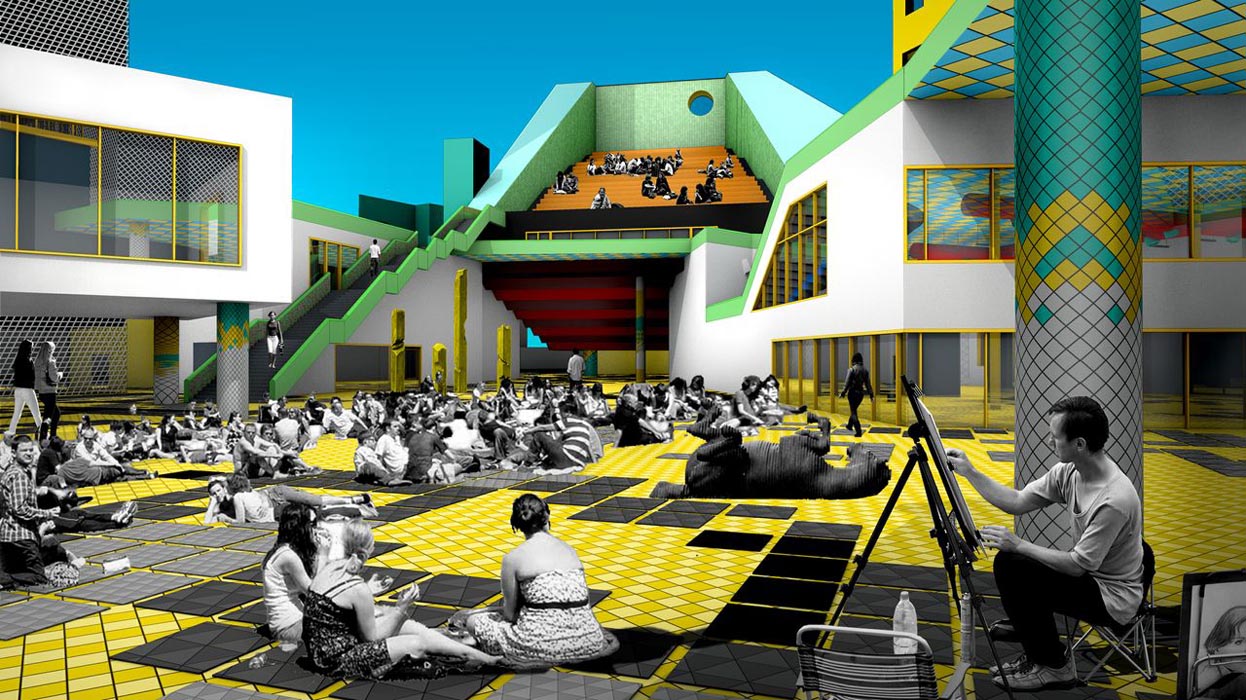 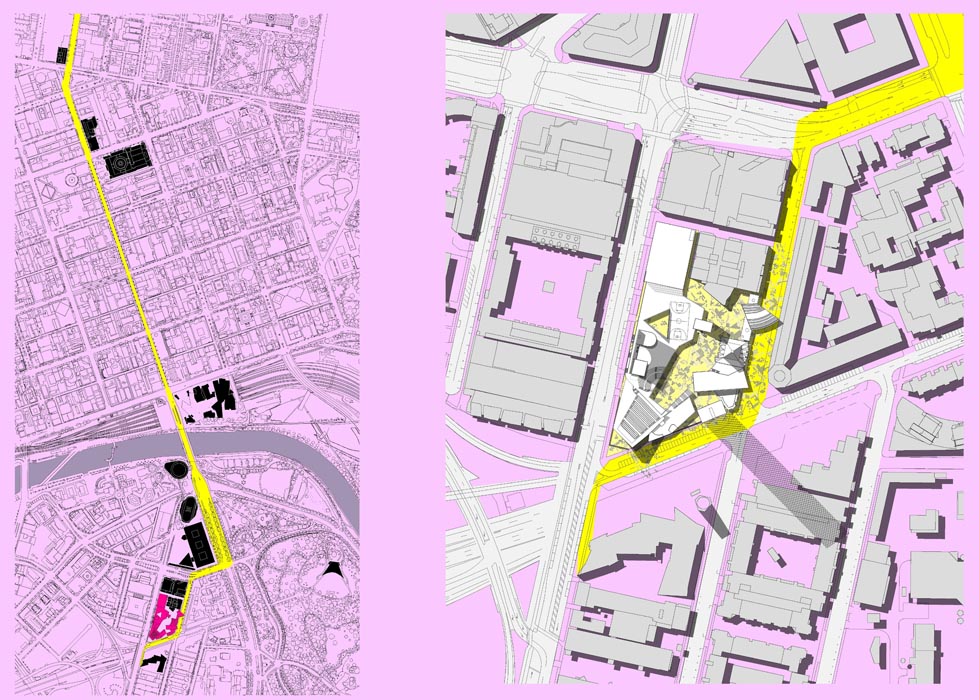 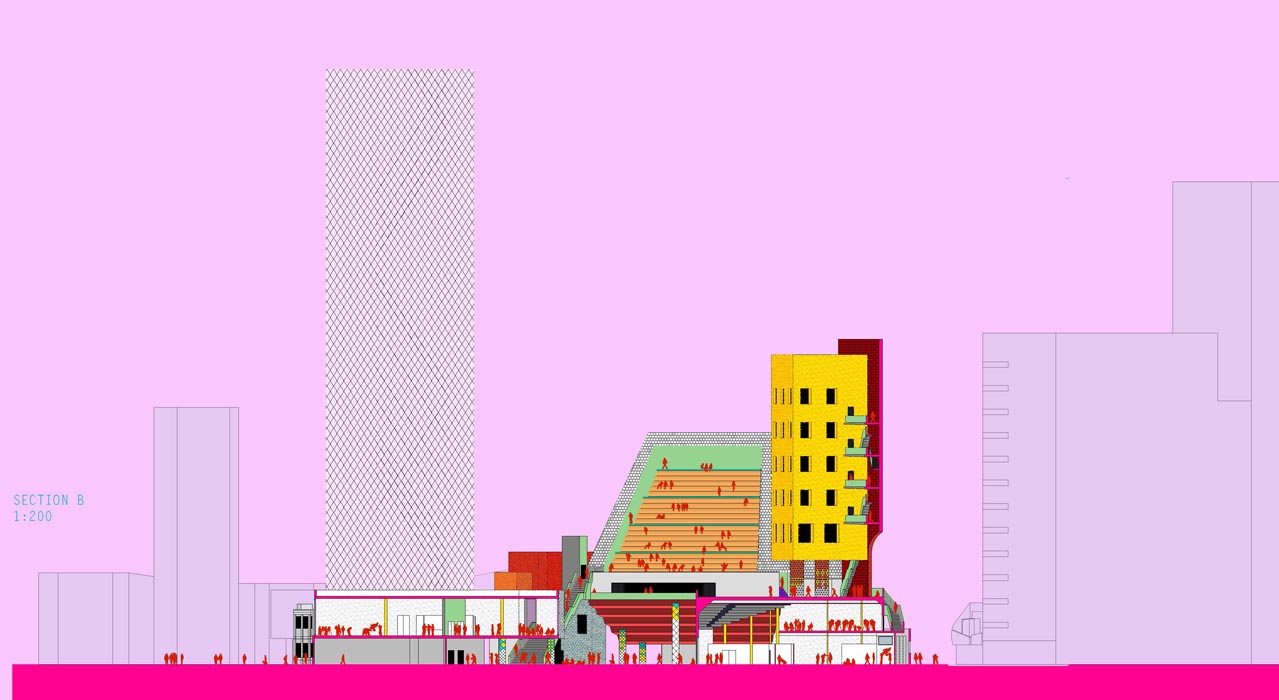 Art and the Tower

The new VCA art school invites the city into the campus and allows the art to spill over into the street. The architecture as a whole is a public statement, a sign for the aspirations of the art school. Then, as fragments across the site, the role of the buildings shift between diadactic, prompting and receding into backdrops for the production of art and life of the people using it.

The clash of ideas and influences imbued in the architecture alludes to the chaotic and messy nature of art production. The buildings have a robustness which align them more closely to a factory for production than a revered art institution. There is a rawness and intentional incompleteness to the architecture of the art school which sits in contrast to the quiet refinement of the commercial residential tower and carpark which share the site.

Art and commerce are inextricably linked, and this commercial interruption to the fantastic notion of an art school is accepted as a necessary compromise in the contemporary city. The buildings of the new art school generate a rich dialogue between themselves, and at the same time, they open up and engage with the city. The cloister becomes the market.