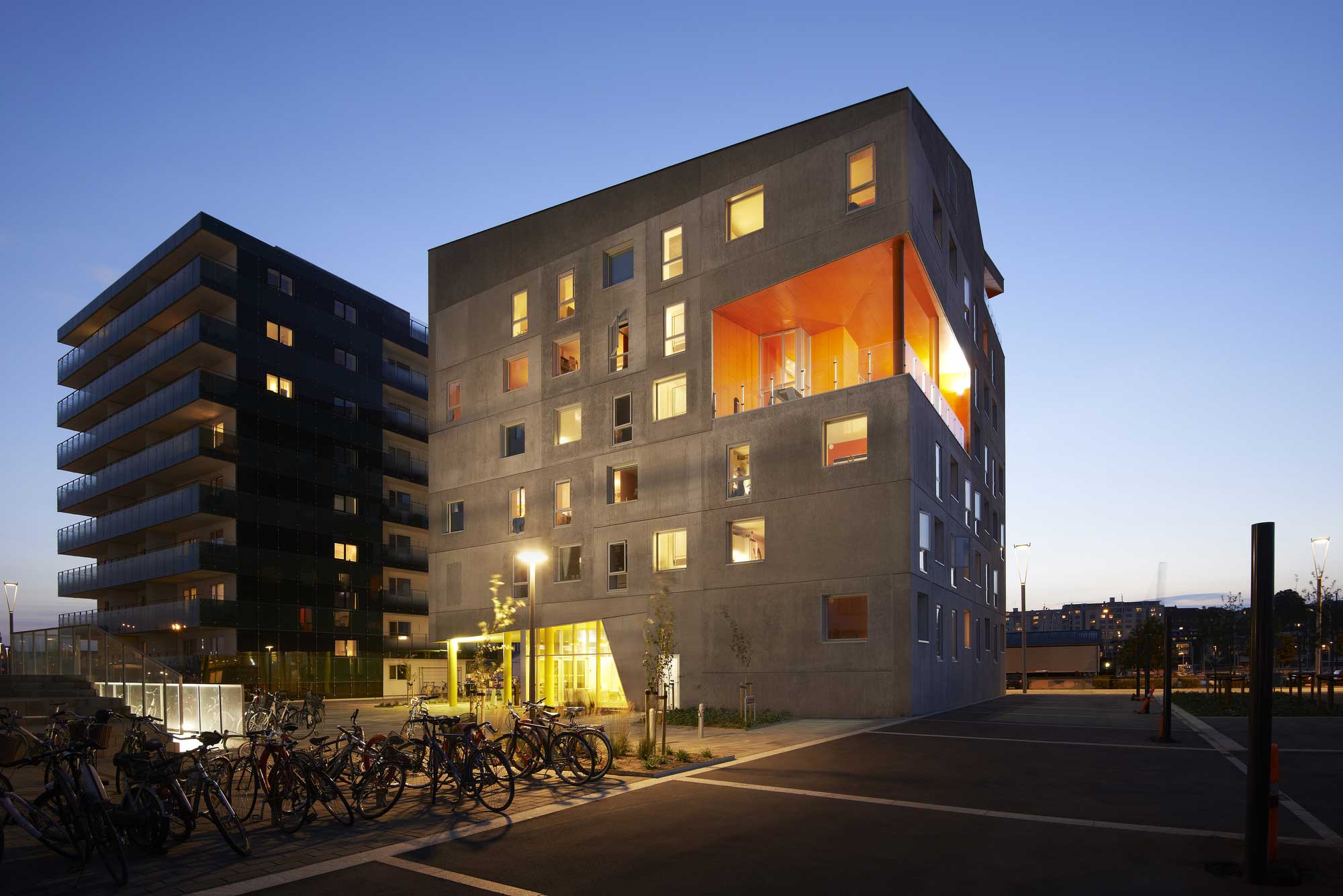 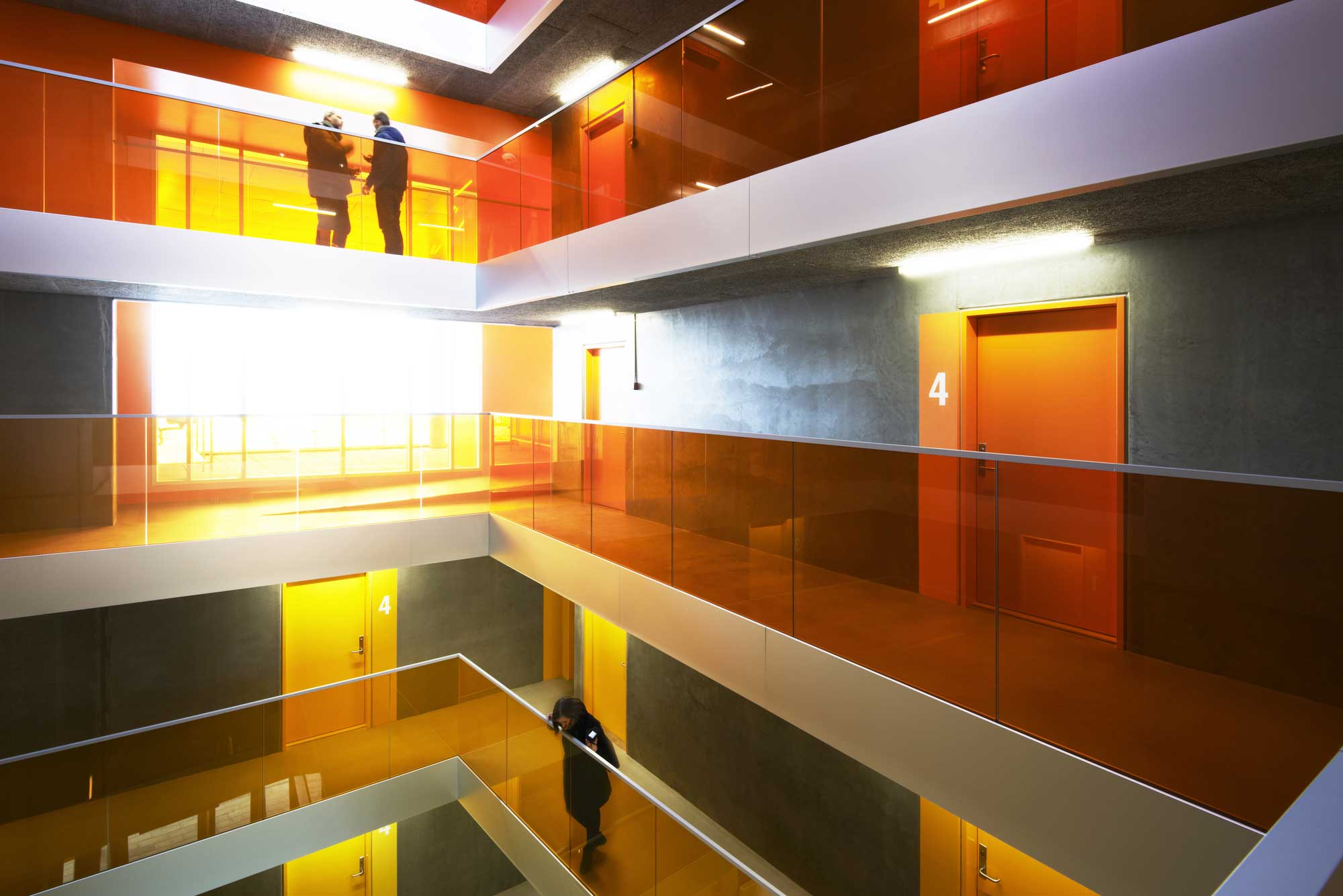 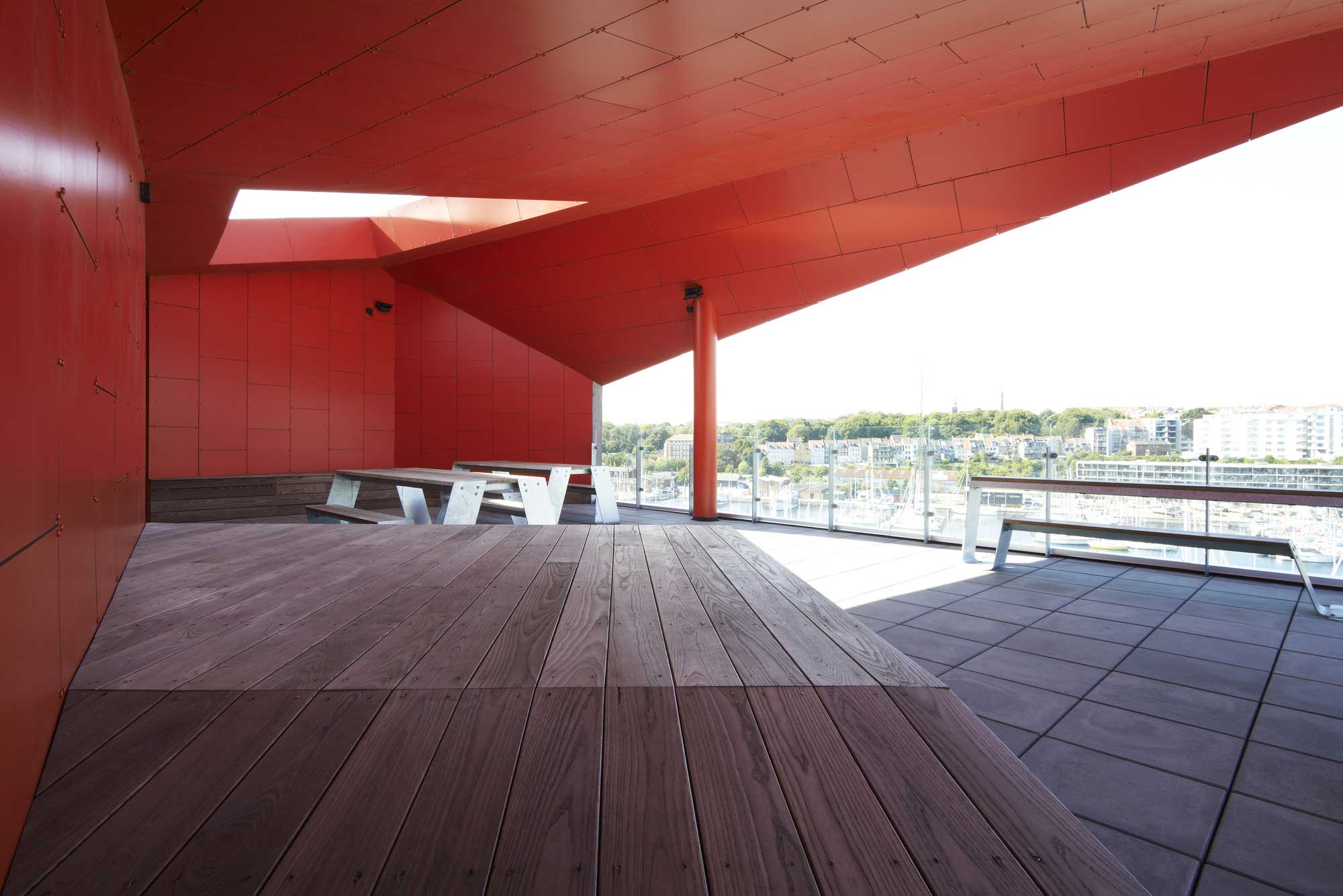 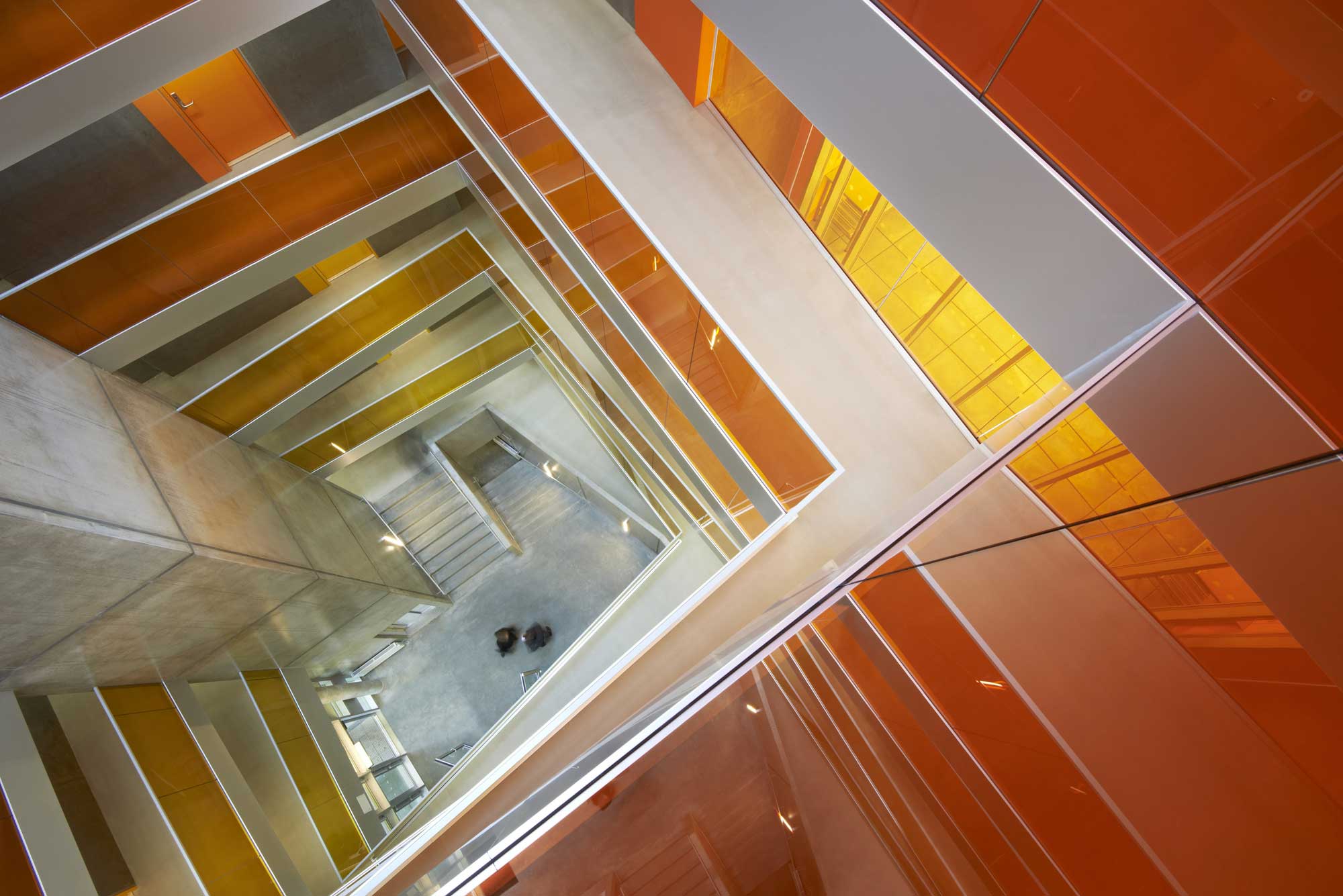 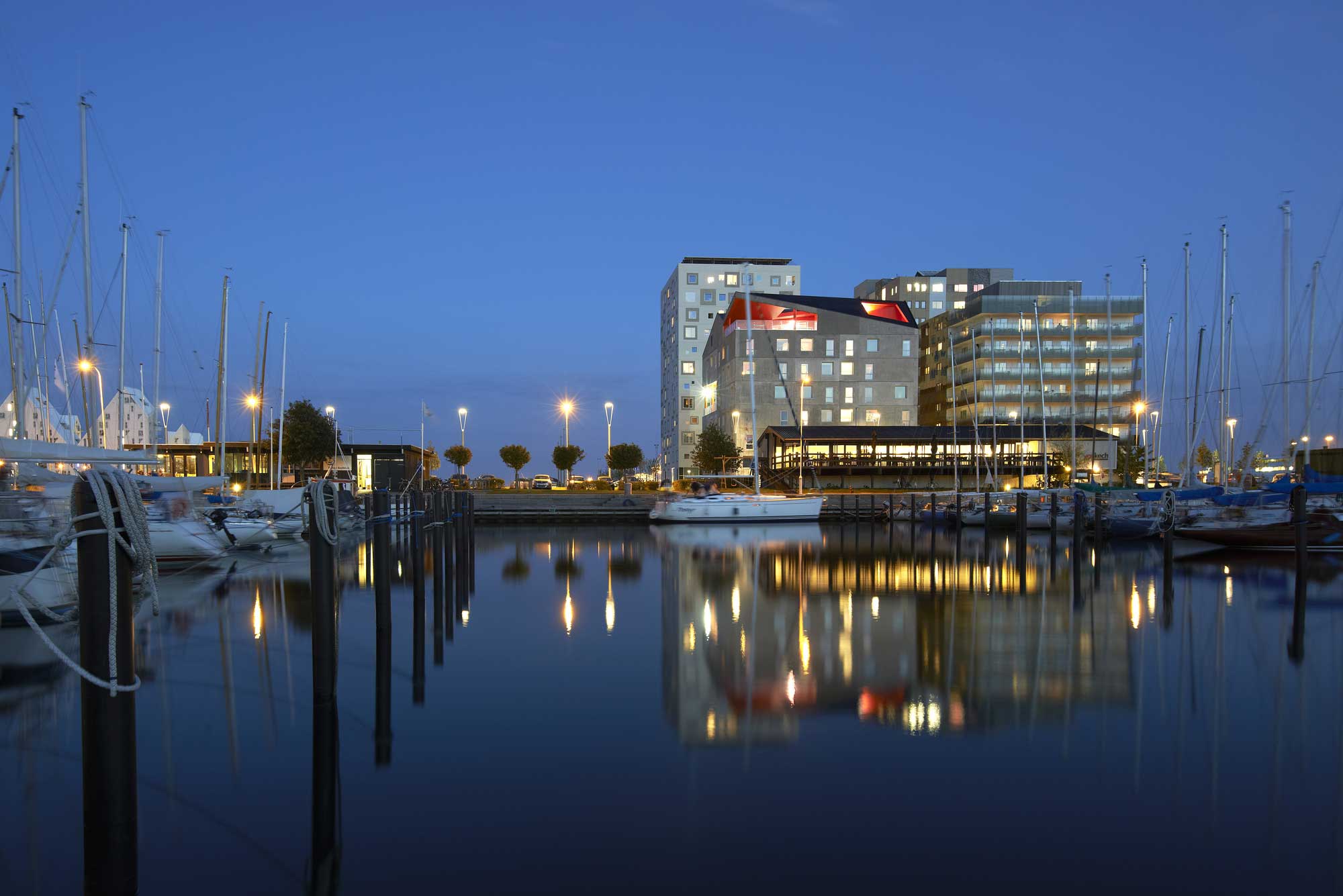 TERROIR’s successful partnership with CUBO Arkitekter was recognised in a competition win for a new residential project in the north harbour area of Aarhus which opened in March 2013.

The building is part of a subsidised housing scheme intended for young residents who will make use of the recreational opportunities at this harbour, one of the largest in Northern Europe.

The judges commented on the building as follows: “The building’s architectonic main grip is connected, complex and rich in experiences.  The architectonic expression is of a timeless monolith clad with concrete elements into which large cuts are made.  The formal expression is intellectually challenging and genuinely original and atypical and beyond historical reference.  The judging committee finds the dynamic dialogue between the building’s stringent monolithic form and the cheeky diagonal cuts which open the box to show its varied and colourful inner confirms this as a building for young people in the new part of the city.”