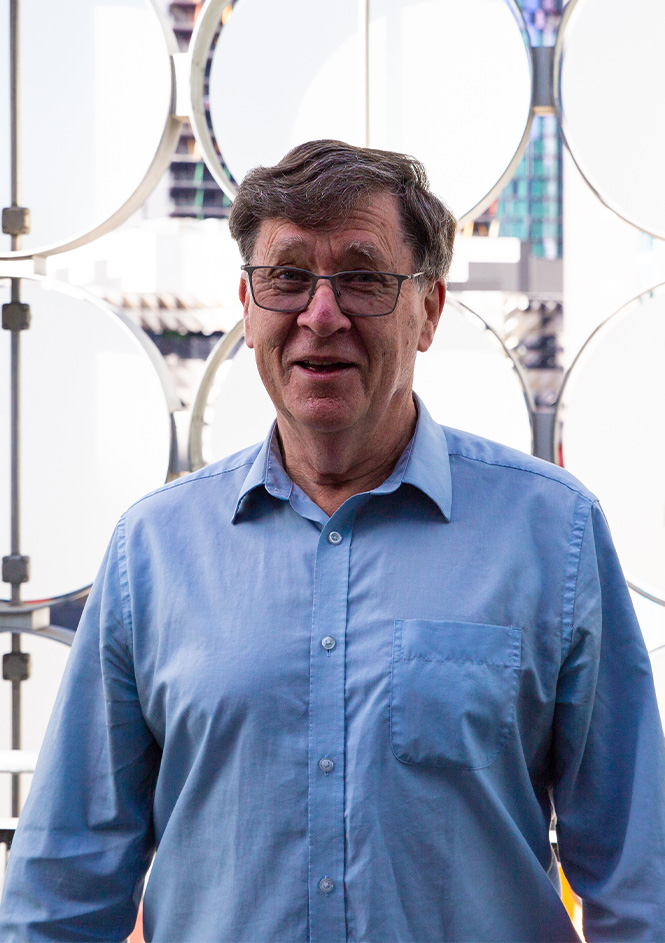 CONGRATULATIONS A/PROF CONRAD HAMANN – RECIPIENT OF THE AIA NEVILLE QUARRY PRIZE
On behalf of all of us at RMIT Architecture, I would like to congratulate A/Prof Conrad Hamann on being awarded the 2021 AIA Neville Quarry Prize for Architectural Education.
The AIA Neville Quarry Prize is a significant national award from the Australian architectural profession through the Australian Institute of Architects and recognises a significant contribution to architectural education and an outstanding contribution in areas of teaching, scholarship, research, leadership and community engagement.
The award was announced today as part of the AIA National Architecture Prizes.
Conrad has taught at RMIT for more than 23 years, lecturing and researching the history of Australian architecture and mentoring the emerging generation of historians and architects.
This recognition is a testament to the impact Conrad Hamann has made in academia and the profession.
The citation for the award reads:
Associate Professor Conrad Hamann has changed how we understand Australian architecture, challenging the romantic and sometimes condescending view of our colonial forebears to reveal unruly, disobedient, sometimes parochial thinking foundational to a local culture of architecture for and of this place.
Conrad has been awarded numerous Australian Research Council grants, including the ARC Large Grant, ‘An Unfinished Experiment in Living: Australian Houses 1950-65’. He is mentor across all levels of staff and students as well as supporting emerging architects and historians. His work at Lovell Chen testifies to his profound contribution to Australian built heritage.
He was co-Creative Director of the 2008 Venice Biennale of Architecture, Australian Pavilion and co-editor of Issue Magazine. He served on editorial boards of Transition Magazine, Fabrications, and the Journal of the Society of Architectural Historians. His advocacy for design has seen him talk on ABC, 3RRR, Radio National and numerous public forums.
Through his writings, lectures and teaching he colourfully renders Australian architecture in all its glorious specificity and differences. It is impossible to un-hear his tone, pause, mode of delivery when witnessing his lectures. Legendary is the name for these lectures where each sentence is a gem, and each detour seemingly essential to understanding the bigger contention. He illuminates the idiosyncratic and the aberrant, individuated by the personalities and situations of our various cities, especially his hometown Melbourne.
We are immensely proud that since the first AIA Neville Quarry Prize was awarded in 2001, RMIT Architecture has received this award four times (more than any other Australian architecture school) which is a significant acknowledgment from the profession of the quality of our teaching teams.
Congratulations again to Conrad on this well-deserved and outstanding achievement.
A huge congratulations from all of us also to Professor John McCarthur (University of Queensland) who was a joint recipient of the award this year.
Professor Vivian Mitsogianni
Associate Dean and head of RMIT Architecture